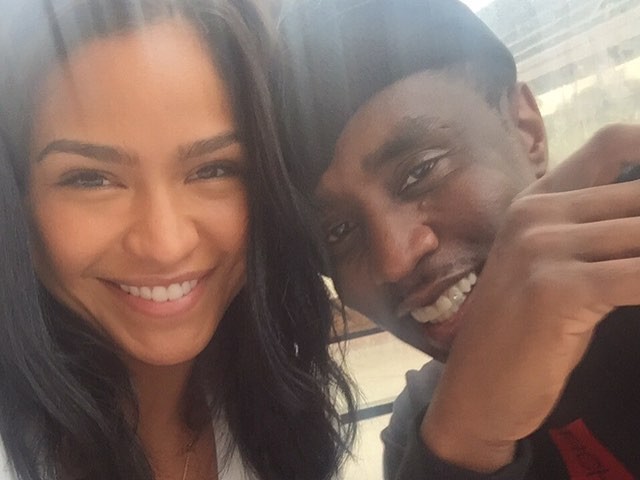 Beverly Hills, CA – Move along folks, nothing to see here.

On August 17, headlines were made after Diddy and Cassie’s argument at her Beverly Hills pad prompted police to be called. Although no physical altercations were reported, the Bad Boy mogul toed the line of theft when he was said to snatch her phone after she expressed her intent to call the whole thing off, just like that Drake song.

Now TMZ has learned, the Beverly Hills PD has found no reason to prosecute Sean Combs, 46, as he did indeed return the phone and Cassie has agreed to drop the ordeal in the wake of her 30th birthday, yesterday, August 26.

Diddy made the reconciliation public on Instagram, posted a video montage of his longtime girlfriend with the message “HAPPY BIRTHDAY BABY! @cassie I LOVE YOU ALWAYS. GOD BLESS YOU??❤️❤️❤️????.”

Police were summoned to Cassie‘s Beverly Hills home after an explosive argument with Puff Daddy in a car on Wednesday (August 17), TMZ reports.

The 29-year-old “Me & U” singer told Diddy she wanted to break up, causing him to snatch her phone from her hands before hopping out of the car they were both in.

Cassie told her mom what happened in the car and she called the police.

Before authorities arrived, Diddy came back to the house to give Cassie her phone back and took two parked cars with him.

No arrests were made when the cops arrived since Cass explained she got her phone back, but the police did write a domestic incident report.

This is not the first time Puff and Cassie have parted ways — they always seem to find their way back to each other so there’s no telling if it will be for good this time.

Last year, the on-again, off-again, couple starred in a sultry Sean John NSFW commercial for the brand’s unisex “3 AM” scent.

In the meantime, Cassie has been reportedly in the studio working on new music. Perhaps this break up will serve as a source of musical inspiration for the songstress whose last project was her 2013 critically acclaimed mixtape, RockaByeBaby.