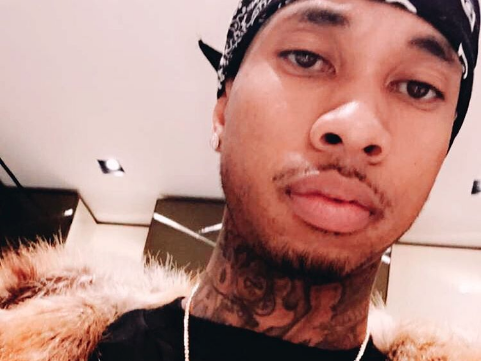 Los Angeles, CA – A Los Angeles County judge issued a warrant for Tyga’s arrest earlier today (August 9) after the rapper failed to show up to a Santa Monica courtroom for a hearing in a lawsuit brought by his former landlord.

According to the Los Angeles Times, Tyga has yet to pay more than $480,000 to his former landlord, Gholamreza Rezai, for renting a property in Malibu, California. When Tyga failed to show up in court, Los Angeles County Superior Court Judge Nancy L. Newman signed off on a warrant for his arrest, the publication reports, citing lawyer Danny Abir. Bail is set at $10,000.

The original lawsuit, filed in 2012, claimed that Tyga signed a one-year lease in June 2012, and agreed to pay $16,000 per month. However, it was alleged that Tyga wanted to move out by September 30 because there was not enough security at the mansion and fans kept showing up at his front door.

Despite his financial worries, Tyga hasn’t let up on the spending front. The rapper recently bought his girlfriend, Kylie Jenner, a Maybach for her birthday. In addition, Tyga recently dropped a reported $45,000 on a diamond encrusted grill.

Nevertheless, Tyga has found himself at the center of a number of financial issues in recent times. Back in March, it was reported that the rapper owed Choice Motor Credit close to $450,000 for failing to make payments on his 2013 Lamborghini Aventador and his 2014 Bentley Mulsanne.