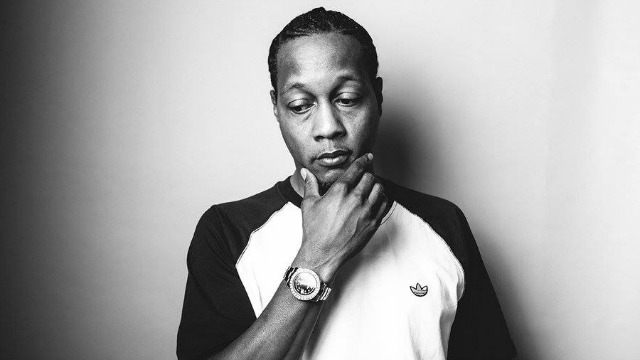 Los Angeles, CA – Back in June, DJ Quik hinted that one of his fellow Compton rappers would have to square up with him in a court of law over a lack of royalties and whatever else.

Late last night (August 7), the veteran rap/producer once again took to his favorite platform of Twitter and aired out his grievances in disorderly fashion. The track in question is “My Nigga” (a.k.a. its clean version “My Hitta”), the 2013 platinum-selling lead single featuring Jeezy and Rich Homie Quan from YG’s debut, My Krazy Life.

“Y’all had me engineer and record My Nigga for @YG and did not give me credit. My Lawyer has You [in] HIS sights. You’ve fucked up,” Quik tweeted, flaming Stampede Management, the management company for Snoop Dogg that also works with the mayor of Bompton, RiFF RAFF, Macy Gray and others.

Quik, 46, also directed some vitriol at YG’s big CTE homie Jeezy writing, “Shoot me my engineering credits for stemming and recording vocals on your platinum song My Hitta or whatever u call it,” before adding “and shoot my Platinum plaque to: Dj Quik.”

The credits for the record in the booklet of the Def Jam release make no mention of Quik or his government name, David Blake. Engineers Dee Brown, Zane Shoemake and James Royo are credited as the ones who recorded the song.

As for YG, he received a more personal shot: “Be safe on the block I invented,” which preceded the stern warning, “You don’t FUCK with Dj Quik.”

Both YG and Quik are affiliated with the Tree Top Piru Bloods — a couple of generations removed. Quik once proclaimed he was the “first nigga ‘bangin’ on wax'” thanks in part to his 1987 underground mixtapes, which is a cool three years before YG was even born.

Never one to back down from anybody, YG responded to Quik’s rant with a “Fuck the police” tweet, which, if nothing else, let him know he heard him loud and clear.

Quik has since deleted his Twitter outburst but he did create a video message captioned with “Run me my money. #UbitchU” while telling whomever it may concern, “Don’t play with grown folks.” HipHopDX also reached out to Stampede Management but our request for comment has not been returned as of press time.

Check out the social media tirade from Quik as well as YG’s response down below.

Run me my money. #UbitchU