Vic Mensa Says He Was Accused Of Theft By Police 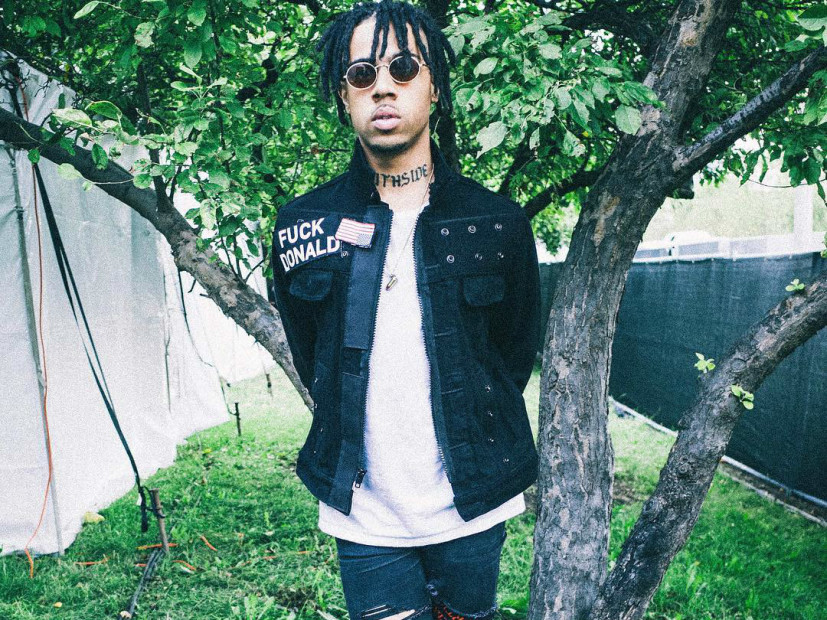 Vic Mensa has raised his voice against police violence with his “16 Shots” single, a tribute to Laquan McDonald, a Chicago teenager who was killed after being shot 16 times by an officer.

The Roc Nation signee posted a story on Snapchat yesterday detailing his own run-in with law enforcement after officers apparently accused him and his friends of theft.

“The craziest part about it is that I just went, bought some Yves Saint Laurent boots,” he says, moving the camera to his shoes, “some other shit from Barneys and we get pulled out the fucking car…on top of that, they don’t even know what they think we stole.”

The 23-year-old has been working hard to raise awareness about social injustice. Besides “16 Shots,” his There’s Alot Going On EP features “Dark Blue,” a song about the water crisis in Flint, Michigan. He also released the “Free Love” single about LGBT rights.

“This shit be funny, but really, I got shit to do, you can’t be a young Black man out here doing anything legal, positive and you still get treated like a criminal,” he continues on Snapchat.

Mensa moves the camera to show an officer and gives his case for his innocence.

“We don’t have to steal shit, man,” he says. “We could buy nicer shit than you buy your wife for her right now.

The day wasn’t all negative for Mensa. He performed a show at The Roxy and brought out Raury and fellow Savemoney members Towkio and Joey Purp during the sold-out show. He then partied at Ohm nightclub.

“You guys need to read more books,” he tells his Snapchat audience while vibing to Yo Gotti’s “The Law.”

Check out the video, as well as some screenshots from the Snapchat story, below.

@VicMensa ACCUSED OF STEALING, AFTER SPENDING $4000 IN BARNEYS!! HOPE EVERYTHING WORKED OUT FOR #VICMENSA! THOUGHTS? pic.twitter.com/h01UjOPp2Z