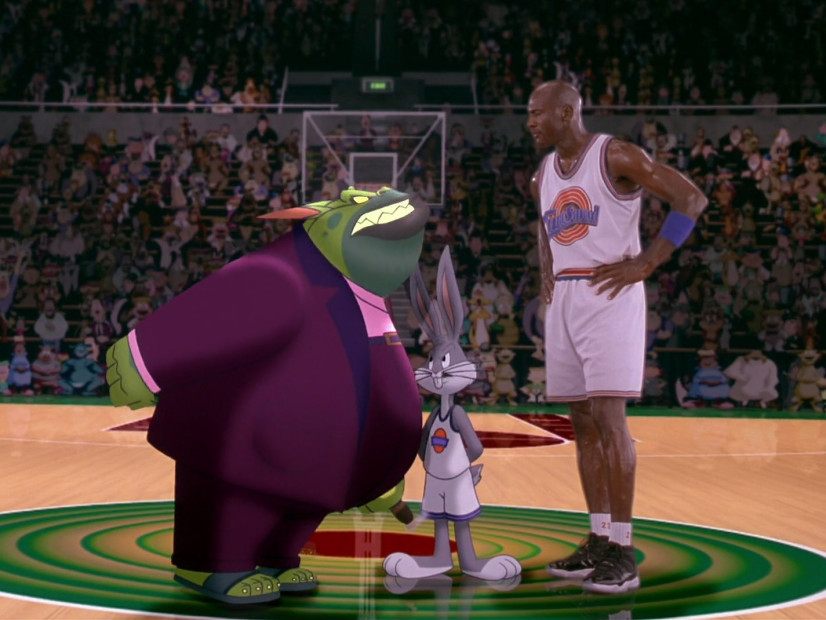 Santa Barbara, CA – LeBron James is slated to play the lead in the upcoming sequel to the massively successful 1996 film Space Jam, which originally starred Michael Jordan and Bugs Bunny. Jordan, however, stated his preference for another NBA star to take on the role while answering questions at his Jordan Flight school this past weekend.

“I would probably pick Blake Griffin,” the legendary basketball player told the crowd after being asked who he would choose for the leading role.

The 27-year-old Los Angeles Clipper previously starred in a Jordan Brand commercial alongside Space Jam character Marvin the Martian and is also an ambassador for the company. He’s also flexed his acting muscles a few times previously, like when he disguised himself as Drake for that hilarious ESPYs skit in 2014.

As of now, Space Jam 2 will move forward with LeBron James likely playing the role of the Tune Squad’s leader and Fast & Furious director, Justin Lin overseeing the filming of the movie.

So far the rest of the cast hasn’t been announced, so maybe Blake Griffin will make a guest appearance in the motion picture like when Charles Barkley, Patrick Ewing and Larry Johnson did when they had their basketball talents stolen by the Nerdlucks.

Check out Michael Jordan answering the question of his preferred actor for Space Jam 2 below.

LeBron James as the star of "Space Jam 2"? MJ has other ideas ? (via lashmiller/Instagram)https://t.co/Ub4Cuo4P6w