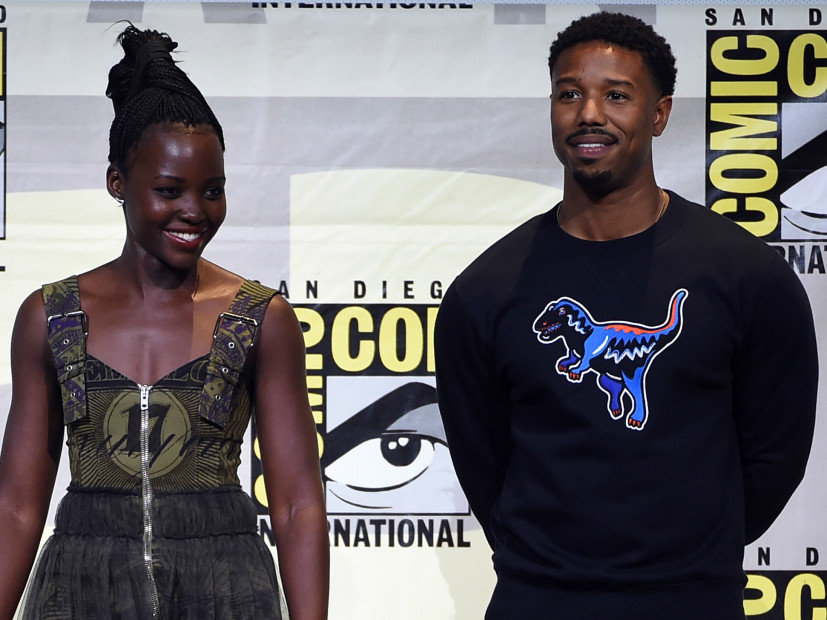 It was no surprise when Michael B. Jordan was named to be in the upcoming Black Panther movie. He has worked with the film’s director, Ryan Coogler, for multiple projects including Fruitvale Station and last year’s Creed.

Jordan’s role in the Marvel film was revealed at San Diego’s Comic-Con over the weekend. He will play Erik Killmonger, Black Panther’s nemesis, according to The Hollywood Reporter. Chadwick Boseman is to continue his role as Black Panther, who is also known as King T’Challa, after the character appeared in Captain America: Civil War.

Lupita Nyong’o is to portray Nakia, a woman from a rival village who serves as a bodyguard and potential wife for Black Panther. She later turns into the villainess Malice. In 2014, Nyong’o won the Academy Award for Best Supporting Actress for her work in 12 Years a Slave.

The Walking Dead‘s Danai Gurira will play Okoye, who is a friend to Nakia and also serves as a bodyguard to the king. Gurira is set to play Afeni Shakur in the forthcoming Tupac biopic, All Eyez On Me.

Hip Hop has close ties to the Black Panther film as exemplified when Run the Jewels was featured in a promotional video for the newest comic series, written by acclaimed author Ta-Nehisi Coates. King Mez’s Long Live the King was redesigned as a Black Panther comic in Marvel’s latest series of Hip Hop collaborations.

The Black Panther film is set for a 2018 release.

Check out the official Black Panther logo and photos from Comic-Con below:

With a legend. #SDCC2016 #BlackPanther pic.twitter.com/s9LbuMax1z