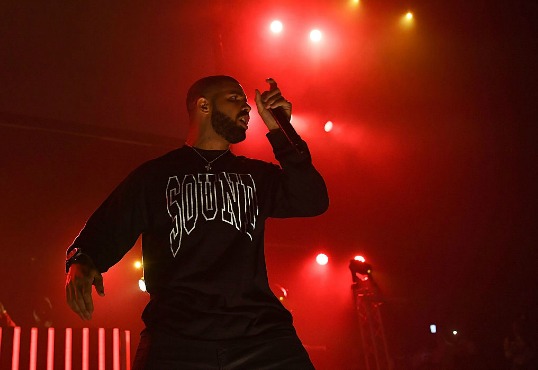 Drake Says He Has A New Mixtape On The Way

Kansas City, MO – Fans who turned out in droves to witness the Summer Sixteen Tour at Kansas City’s Sprint Center were amongst the first to be privy to a bit of exclusive information that could liven up a stadium.

No, it wasn’t another Joe Budden jab; that saga has deemed itself to be a one-manned race. According to Drizzy himself, he is currently working on a new mixtape and is already planning how its release will land him right back on the road.

As he bid the Missouri crowd farewell, he made the revelation.

“I want [you all] to protect yourself and everyone around you and spread love; spread good energy,” he told his adoring public. “Because you know what? What I saw tonight was a beautiful building of beautiful people from all races and all places. And I want you to protect yourselves and each other so when I go and work on this new mixtape and come back to Kansas City and I drop that shit, I wanna see everybody in this motherfucka, boy!”

The Summer Sixteen Tour is co-headlining endeavor alongside his What a Time to Be Alive partner, Future in support of his recently released album, Views. Despite it being deemed a critically disjointed affair, the project has been a massive commercial success; having spent ten weeks atop the Billboard 200 albums chart and earning a platinum certification as of July of this year.

That being said, projects classified as mixtapes have proven to be Drake’s forte on both the critical and commercial front. If having a record off his breakout tape, 2009’s So Far Gone, being nominated for a Grammy wasn’t precedence enough, look not further than the barriers he broke for his fourth mixtape, If You’re Reading This It’s Too Late.

Released via surprise format on February 13, 2015, the mixtape not only broke Spotify records, with over 17.3 million streams in the first three days, it allowed him to become the first rapper to top the Billboard Artist 100.

In other words, it’s game on and over whenever this recently announced mixtape hits the market.

Check out the fan captured footage of Drake’s revelation below.