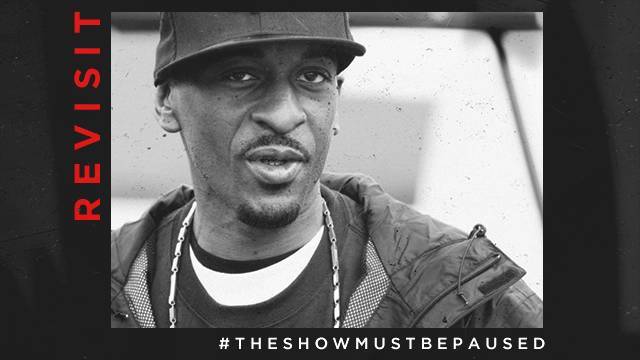 Racism remains the fulcrum for the controversial shooting deaths of Black citizens by police across the country. Hip Hop fans and social media activists have been reactionary with split-second immediacy on what they have witnessed and shared on platforms including Facebook, Instagram, Snapchat, and Twitter. Rappers like The Game recently slammed the lack of activism from social media users who share their sentiments of anger and confusion on these senseless crimes.

But one of The Game’s top three favorite rappers of all-time , Rakim, feels that social media gives people a microphone they need to voice their concerns, unlike rap artists who make their living gracing stages to speak conscious reflections of reality. After a Thursday show in Cambridge, Massachusetts performing the entirety of his groundbreaking debut album Paid In Full for the anniversary of its 1987 release date, “The god MC” gave an exclusive statement to HipHopDX about the #BlackLivesMatter movement and social media activism.

“We all understand and see what’s going on,” Rakim says. “Social media gives a lot of people a platform where they can express their feelings. I like to do mine through songs. I let info build up. In some way, it translates into paper whenever I sit down.”

The “Know The Ledge” rapper also gave details on his views of the recent police murders of Alton Sterling and Philando Castile and explained how Blacks should continue their best use of survival tactics when dealing with racial profiling from police, and law reform for police who abuse their power.

“If you’re conscious of where we’re at in life right now, with democracy, rights, and racism, and all these things, you’ll have an opinion like myself. I don’t feel that what’s going on is necessary.” Rakim continued:

“I feel that, it’s a corny word, but the first thing is we’re being stereotyped. If you look a certain way, you’re gonna get handled a certain way. It stems back to stereotyping and racism. So we gotta understand what’s going on, and avoid it as much as we can. You know, I got kids. I got sons, and I try to tell them, ‘Look, man, when you in the car and you get pulled over, hands on the steering wheel. Yes, sir. No sir. Your job is to either wind up in jail, so I can come get you, or be able to pull off. That’s your job. I’d rather come get you from the precinct, for whatever happened, instead of mouthing off or giving them any reason to use that physical abuse. So we have to be smart, but still, what they’re doing is uncalled for, and unfair, man. The laws are gonna have to change. And it’s 2016. We can’t keep using all the laws that was made back in the 1700s. We’re gonna have to understand that times have changed.”