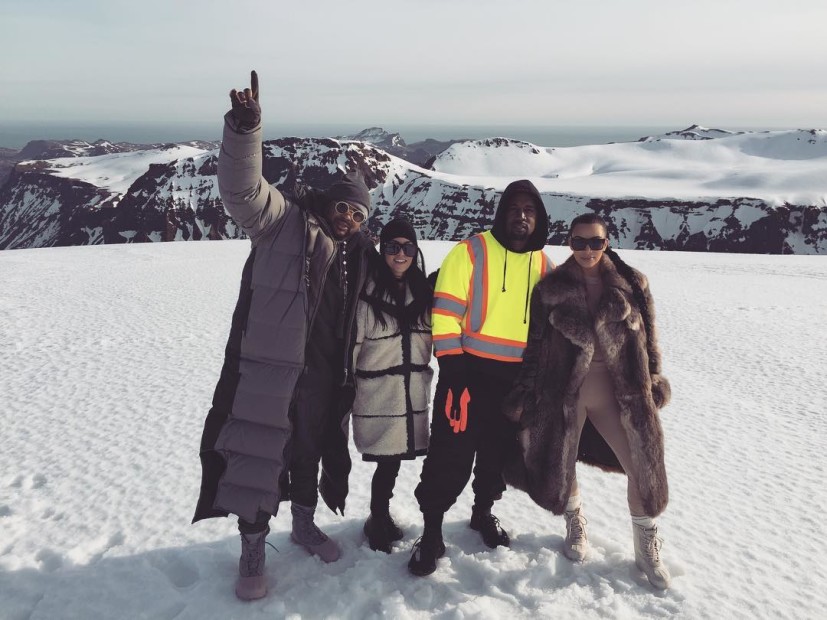 A glacier – Kanye West seemingly wants to leave no corner of the Earth unturned as he reportedly shot the video for “Highlights” in Iceland. The Life of Pablo cut features Young Thug and The-Dream.

The news of the location of the “Highlights” video shoot was revealed on yesterday’s episode of “Keeping Up With the Kardashians,” according to Team Kanye Daily.

Kim just confirmed that Kanye did shoot the video for "Highlights" during the trip to Iceland! #KUWTK

West and his wife, Kim Kardashian, took a family trip to the island in April. Kardashian captured some moments from the trip on her Instagram page.

The Life of Pablo has already delivered the most talked about video of the year so far, “Famous,” which featured a tableau of naked figures of Taylor Swift, Rihanna, Chris Brown, Ray J, Donald Trump and more.

It has also been reported that Yeezy filmed a video for the Chris Brown-assisted “Waves” on the Isle of Skye in Scotland. That video has yet to be released publicly.

View pictures of Kanye West and Kim Kardashian’s trip to Iceland below:

On top of a glacier!

Helicopter to the top of a glacier in Iceland! No biggie