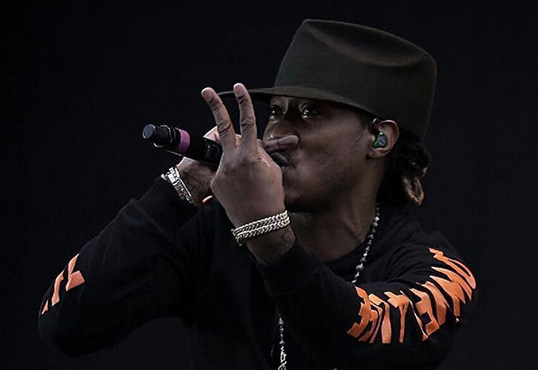 The Freebandz Gang General announced the partnership with the brand on his Instagram Saturday (July 9) previewing his “Overbranded” Insta Pump Fury kicks.

“I’m excited to kick off the summer with Reebok by my side,” Future Hendrix says of the deal in a press release. “It’s a natural fit for me to work with a brand like Reebok that also shares my beliefs in moving culture forward and being passionate in what you believe in. Not only am I honored, but I feel privileged to be a part of the family.”

The silhouette is slated to launch this fall, ahead of his Summer Sixteen tour with Drake. The Future Hive can expect lots of Reebok branding surrounding the trek, which is slated to kick off July 20.

“Future exudes the type of fearlessness and authenticity that Reebok Classic stands for,” said Todd Krinsky, Global Vice President of Reebok Classic and Entertainment, in a press release. “This partnership not only continues our brand’s longstanding legacy of working with the world’s best hip hop artists, but also solidifies Reebok Classic’s commitment to never back down from pushing boundaries. I’ve had a preview of what’s to come from Future and Reebok and I can’t wait for everyone to see!”

Reebook has a similar partnership with Compton, California-bred rapper Kendrick Lamar that started with his “Ventilator” sneaker in 2015. Since then, K. Dot has released three sneaker designs total, each equipped with messages of unity.

Check out Future’s Instagram posts about his Reebook partnership below.