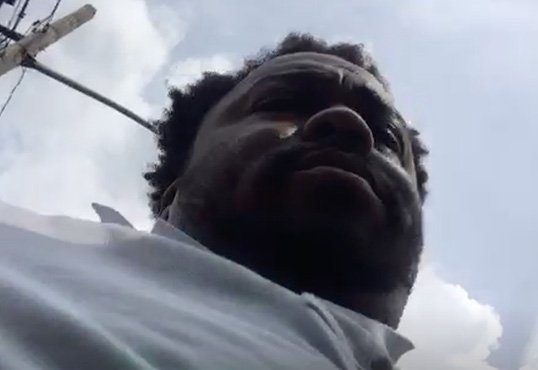 Just Blaze, the producer behind songs for Jay Z and Eminem as well as Beyoncé’s “Freedom,” was stopped by police while driving his Lamborghini and broadcast part of the interaction on Periscope on Thursday (July 7).

The recording starts after Blaze’s conversation with the officer, who told him to relocate a couple of blocks and then pull over again. Blaze explains the situation to his viewers while driving and parking, saying “I think ultimately it will be fine but given the environment we are living in right now I’m not taking any chances.”

We then hear the officer tell Blaze he can go. The officer is never pictured in the video.

In a second Periscope video describing the situation, Blaze says he was repeatedly asked by the officer whether his car was “legit.”

A couple of hours later, he posted that the police department had apologized to him and had offered to buy him dinner.

Some folks put 2 and 2 together and That police dept got a call not long ago.

They sent apology and offered to buy me dinner.

He recapped the full interaction with police in more detail in another Periscope video later.

At least I know what my vanity plate will be now. #2LGT2QUIT