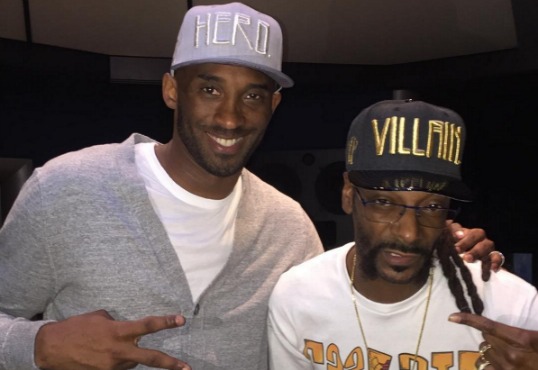 Los Angeles, CA – Snoop Dogg was in the building at the Staples Center this past April when Kobe Bryant put the cap on a historical career with the Los Angeles Lakers, where he scored 60 points and rode off into the sunset with one final dubya.

To show his appreciation for two decades of prominence that brought The Lake Show five championships, Uncle Snoop rode up to Kobe’s crib and bestowed him with a vintage automobile, complete with a purple and gold paint job.

Snoop’s camp tells us it’s a 1967 Pontiac Parisienne — very rare. The whip is a member of the car’s third generation, which was the first to introduce new safety features, such as its collapsible steering column and dual braking system, as well as a new look on its grill.

Snoop is still riding high off the release of his acclaimed fourteenth studio album, Coolaid, which is available on iTunes now.

Check out the flicks of Kobe’s new Parisienne down below.