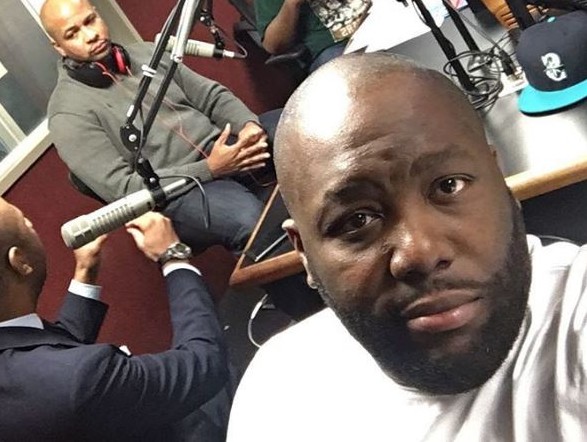 Killer Mike: "I'm Afraid I Will Be Murdered"

Killer Mike says he fears for his life when outside of Atlanta.

Following the deaths of Alton Sterling and Philando Castile at the hands of police officers this week, Killer Mike appeared on Hot 107.9 to offer his thoughts on the shooting deaths of both men. The musician explained that although he feels safe in Atlanta, he fears for his life just 15 miles outside of the city.

“I’m just filled with hurt and grief…It is time to get angry and do something,” Killer Mike said. “It is time to prevent these abusers and these police that abuse the law…15 miles outside Atlanta, I’m afraid I will be murdered. And I’m tired of living in an environment where this city is the only place in this country I feel safe as a black person. People wonder ‘Why people love Atlanta so much? Why you come? You still poor.’ But we not running around worried that we’re going to be murdered in the street.”

In response to the shootings of Sterling and Castile, the rapper suggested that people stop giving their money to corporations who haven’t spoken out against police brutality.

“What we can do is go to your banks tomorrow,” he said. “You can go to your bank tomorrow. And you can say ‘Until you as a corporation start to speak on our behalf, I want all my money. And I’m taking all my money to Citizen’s Trust’…Apartheid ended in South Africa because students in America said ‘We not flying Delta anymore. We not drinking Coca-Cola anymore. We’re not supporting any corporation that supports the Apartheid and the enslavement of people that look like us.’ And I’m just saying once again…Take your money out of this dog’s hands. Out of their paws. Take your money.”

Video of Killer Mike speaking on police brutality and the deaths of Alton Sterling and Philando Castile, can be found below.