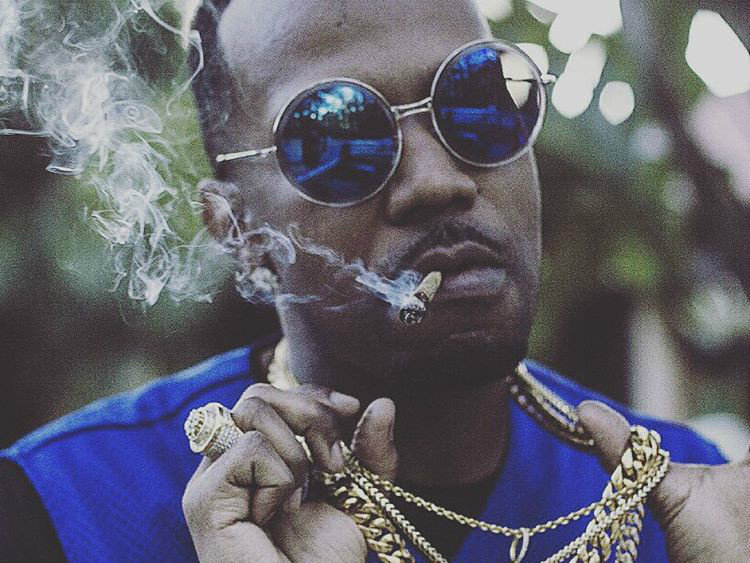 Juicy J Is "Lit In Ceylon" In New Mixtape

The project is made up of 16 songs and includes production from TM88, Tarentino, Southside and Zaytoven. Juicy J teams up with Crazy Mike to produce the closing track, “Road To Sri Lanka.”

The Three 6 Mafia member has been grinding with TM88 as they worked together on Wiz Khalifa’s “Bake Sale” and then joined forces with the Pittsburgh rapper to release the Rude Awakening album.

Stream Lit In Ceylon below:

Juicy J is getting back to his solo work with the announcement of a mixtape called Lit In Ceylon. He released the cover art for the project on Instagram and, according to DatPiff, it is set for a July 11 release date.

This comes after Juicy J teamed up with TM88 and Wiz Khalifa to drop the Rude Awakening album in May.

The Three 6 Mafia member also reportedly got married over the weekend to longtime girlfriend, Regina Perera, in Las Vegas.

View Juicy J’s post for Lit In Ceylon below:

(This article has been updated to reflect Lit In Ceylon‘s release date.)