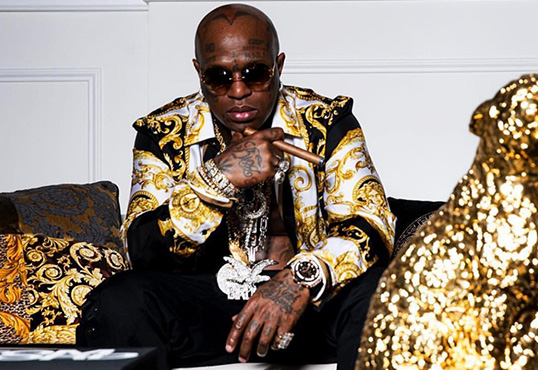 What Is Going On With Birdman's Oil Company?

There’s no doubting Birdman’s reputation as a music mogul. The Louisiana rapper was instrumental in launching the careers of Lil Wayne, Drake and Nicki Minaj with his Cash Money record label.

But his reputation as an oil baron is a bit murkier, at least according to an in-depth investigation done by DJBooth.

Now hold on, because this is going to get complicated.

In 2010, Baby made news for talking about a business venture he had with an oil company, explaining that he’d been caking off oil for several years. He even got a tattoo of an oil derrick and the company’s name on his head. The company was called Bronald Oil, a combination of Birdman’s real name and his brother’s — Bryan and Ronald. Ronald “Slim” Williams was the co-founder of Cash Money and was apparently in on the oil business.

From the outside, Bronald Oil seemed to be an actual company. It had a website, and “a long-term strategy to grow through development and via the acquisition of prospective acreage that complements its existing assets and exploits the abilities of the Company’s technical resources,” according to DJBooth’s research.

But those claims led to some reporting from Bloomberg, which found irregularities in the company, including the fact that regulators and stakeholders in some areas that Bronald Oil claimed to be in had never heard of the company.

Around that time, traces of the company started disappearing, including Baby’s head tattoo, which was covered up by a star.

Then in 2014, Bronald Oil and Gas appeared. The company’s website is still active, detailing services and products, though all of the specifics are vague and, as DJBooth points out, some of the text “appears to have been lifted from Wikipedia, industry reports and other books.”

The article shows that Baby and Slim were both once listed on the site as CEO and COO, respectively but that their names and photos have now been removed.

The story goes deeper and deeper, with the authors looking into if and how the Williams brothers are connected to the company, the mysterious Executive Team and if there actually is a base of operations.

Despite reaching out to Birdman and anyone else they could find who might be connected, DJBooth was unable to make any real sense of the company, its operations, its employees, its owners, or its purpose.

DJBooth went down the well trying to determine the details around the company, and despite thorough digging, came back to the surface with more questions than answers.

Regardless of what’s going on over there, it makes for a pretty bizarre story that you should read in its entirely here.