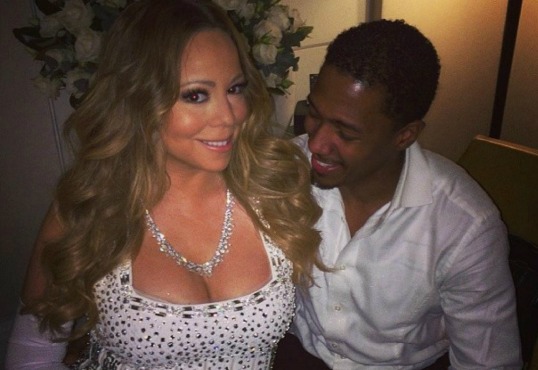 Nick Cannon has had to do a lot of “denying” when it comes to the dissolution of his marriage to Mariah Carey. Back in 2014, the 35-year-old actor/comedian dismissed the rumors that he had planned on penning a tell-all record about Carey for an upcoming album. Most recently, he had to dispel the notion that he was talking about his estranged wife on his new song, “Oh Well.”

Now there is a report that Cannon is deliberately dragging on his pending divorce because love was making him nostalgic. According to TMZ, a “source” told them that he refused to sign on the papers that would give leeway for her to wed her billionaire beau, James Packer. According to Cannon, that is a falsehood.

“We get along great regardless to whatever rumors or whatever [is] out there. There’s nothing to tell… me and Mariah get along great, and it’s a process, nobody is holding nothing up,” he said to AJ Calloway during a taped interview on Extra. “The media has problem with sensationalism… Why would I hold it up? I want her to be happy. She is such a beautiful spirit, and we put the kids first.”

The soon-to-be-divorced couple are parents to five-year-old twins, Moroccan and Monroe.

“How many times do I have to reiterate @MariahCarey and I are super cool! Stop trying to create negativity, we will never subscribe to it,” Cannon tweeted on March 23.

Watch the full interview below where Cannon also goes into detail about the current season of America’s Got Talent.