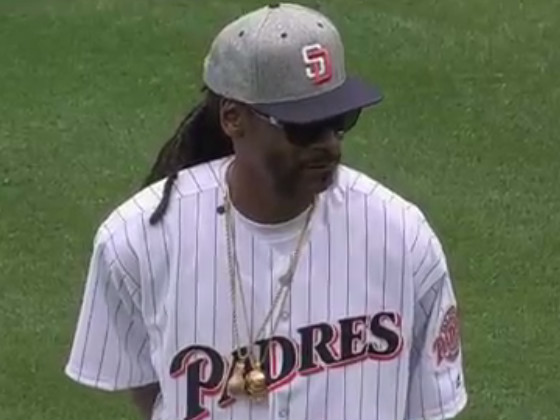 San Diego, CA – Snoop Dogg was honored by the San Diego Padres yesterday (June 8) and he was chosen to throw out the first pitch prior to a matchup against the Atlanta Braves.

Uncle Snoop took to the mound and threw a wild pitch that flew way past the catcher sitting at home plate. The Long Beach, California legend laughed off the butchered toss, but it went viral.

In other baseball-rap collaborations gone wrong, Warren G was booed when he made ears bleed with his rendition of “Take Me Out to the Ball Game” at a Chicago Cubs game in April.