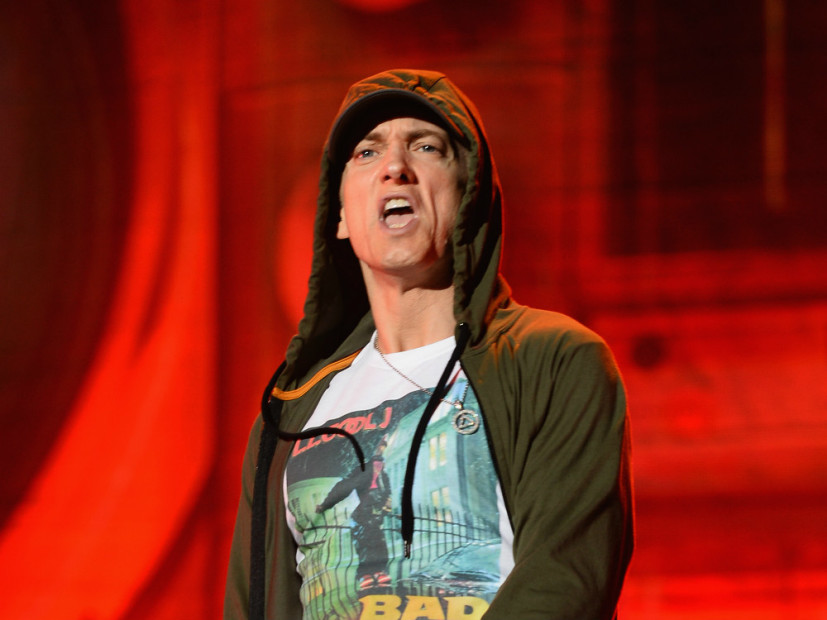 Slim Shady himself took to Genius today (May 27) to annotate the song and he reveals that the original third verse was deleted and is lost in space forever.

“When we recorded Stan I worked with a couple different engineers but this particular engineer I had never worked with before,” he says. “While we were recording the third verse of Stan, he started rolling a joint and asked me if I minded if he smoked while we cut. What was I gonna do? Say no? He was already rolling it so I told him ‘no problem’. Everything was cool and I had gotten all the way to the last 3 lines and I screwed up so all he had to do was punch in my vocals at the end so I could re-do that line and the verse was finished. Back then we were recording on 2 inch tape, so once you recorded over something it’s gone forever. So I’m in the booth waiting and he backs the tape up all the way to the beginning of the verse and punches me in. I realize he’s in the wrong spot and I can’t hear any of my vocals so I start waving my arms and yelling in the mic to try to get his attention. He doesn’t notice so I run into the control room through a cloud of smoke and yell ‘Yo, I wanted to keep those vocals’ he just looked at me and said ‘My bad man…you wanna hit this?’ The first half of the verse was GONE. I re-recorded it but you should have heard the original take that shit was WAY better…oh well!”

The Marshall Mathers LP cut still went on to become one of Eminem’s marquee tracks and reshaped Hip Hop fan culture. The LP is being rereleased as a cassette tape and is being sold with bricks from Eminem’s childhood home that was torn down.

To read all of Eminem’s annotations, visit Genius.