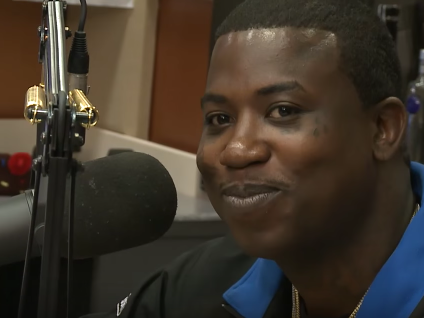 Why Was Gucci Mane Released From Prison Early? His Lawyer Explains

The world of pop culture ignited yesterday (May 26) following Gucci Mane’s surprise release from prison. The rapper’s girlfriend, Keyshia Ka’oir, posted a string of videos to her Snapchat account documenting his release and subsequent return home.

However, Gucci’s release came more than 116 days earlier than his scheduled release date of September 20, thus raising questions as to the reason behind his shortened stint in jail.

“The reason for his release date is myself and my legal team took the position that he was not properly deemed and then credited for the time he was incarcerated while waiting for his case to go to court,” reports quote Findling as saying. “We filed a series of motions after which being considered, the court signed an order in agreement with us. Bailor was sent to the Bureau of Prisons and his sentence was adjusted accordingly and he was released.”

The Hip Hop community rejoiced after hearing the news that Gucci Mane had been released, something his lawyer later commented on: “The outpouring that I’ve been receiving from fans is insane from around the country; excited about [Gucci] being back and able to perform and record again,” Findling said.

During his time in prison, photos emerged of Gucci Mane’s noticeably thinner physique, something his lawyer also addressed.

“He’s probably 50 pounds lighter,” Findling said. “He’s fit and trim. He’s in incredible physical shape and he’s ready for the next chapter of his life and excited about the next chapter in his life.”

As for that post-prison grub Gucci wanted his girlfriend Keyshia Ka’oir to serve up… it appears to have gone down a treat. Check out a video of Gucci’s first supper home below: