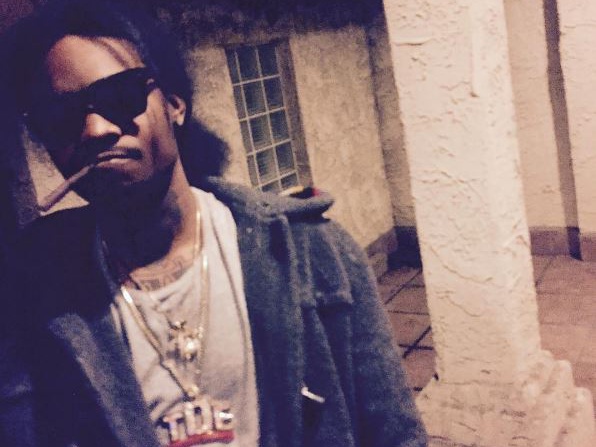 After letting loose some frustration months ago, things appear much calmer on the home-front for TDE rapper Ab-Soul. In a video uploaded to Instagram from Top Dawg Entertainment’s top dog, the TDE CEO offered a short preview of a new song from Soulo, during a listening session.

“#TDE in house listening session with @souloho3 … Shit sounding Krazy…. It’s mixing and sample clearing time…. Y’all know Wut happens after that.. There’s ur @souloho3 update…I told y’all I had y’all covered now get off my back lol J/p … Nothin but love 4 y’all …. #gettoponthephone,” Top Dawg wrote in the caption to his video.

“I’m just sort of a rock in a hard place / Like a guitar in the Hard Rock Cafe / They argue about me in barber shops / When I got cropped what a paradox / I’m borderline crazy with a stamped up passport / Getting past TSA with shit stashed, smelling like 100 ash trays / Little white kids asking for my autograph,” Ab-Soul raps.

In February of this year, Ab-Soul expressed his frustration with warming the bench at TDE.

“‘Preciate everybody that’s been supporting me for the LONGTERM. I’m tryin man…I’ll be ready when my #’s called. This bench is gettin warm as fucc tho mayne. Nonetheless, it’s important to move as a unit. It’s bigger than me. It’s family. Gotta respect that,” Ab-Soul wrote in a series of tweets.

Despite this week’s preview, there’s no word yet on when new music from Ab-Soul will be released to the public.