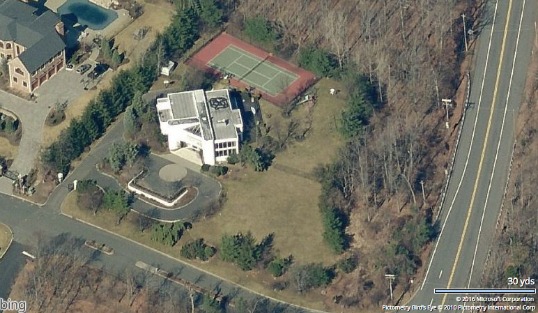 Alpine, NJ – This past week hasn’t been the best for female rap stars who dominated the 90s. First Foxy Brown claims she was swindled out of $100,000 worth of precious stones (among other items she dubbed “Fox Vintage”) and now Lil Kim is facing the possibility of losing her longtime $3 million mansion for failure to pay.

Bossip reports that the Queen Bee’s massive Bergen County, NJ property is close to being surrendered to HSBC Bank as part of the foreclosure process. HSBC is currently demanding full possession of the mansion, as well as all their court costs paid on top of other damages to boot. Unless a resolution is met, the home will be auctioned off at a sheriff’s sale.

Court documents specify that the 41-year-old rapper born Kimberly Jones purchased the lavish pad in the 2002 and agreed to pay $9,935 but was sued in 2010 when the payments slowly began to come to a halt. Kim and her legal counsel are due back in with HSBC and its arbitrators next month after the initial negotiations in March failed to reach an agreement.

She is also still believed to owe the IRS a six-figure sum in back taxes.

The Alpine, NJ area is a popular celebrity refuge for those who want privacy and easy access to New York City all in one swoop. Kim has counted Chris Rock, Tracy Morgan, Fabolous, Jay Z and Diddy as neighbors at one point or another.

Lil Kim hasn’t released a retail album in over a decade but she did return to recording with a traditional mixtape titled Lil Kim Season back in March. HipHopDX bestowed it with a 3.3. rating, noting that her time hasn’t dulled her lyrical prowess but it wasn’t exactly a full-scale comeback all the same.