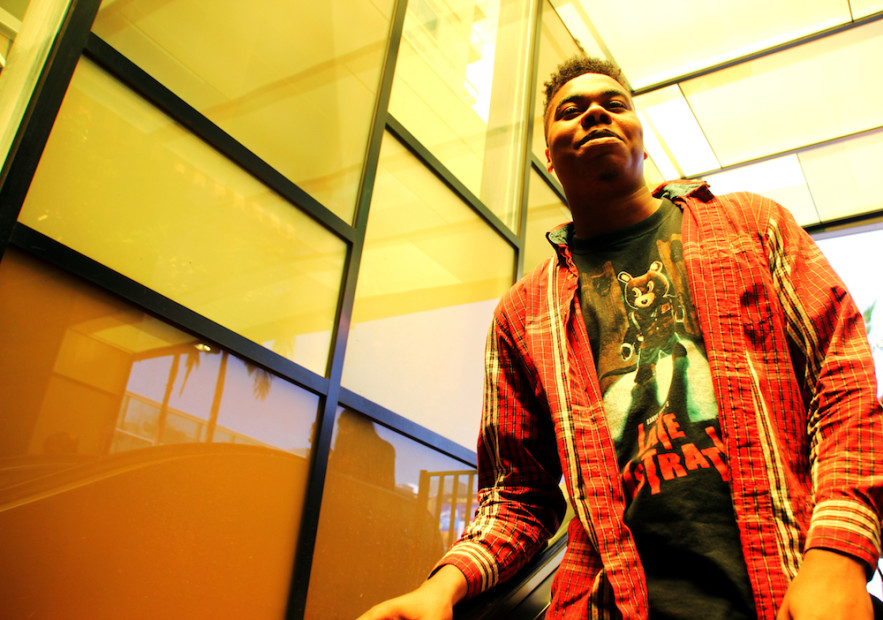 Los Angeles, CA – Before attracting the attention of more mainstream rap press, Dave B was a Columbia dropout earning money performing live renditions of everything from musical mainstays like Grease to classic Shakespeare plays including A Midsummer Night’s Dream.

According to Dave B, growing up in the church and his theatrical background helped elevate his performance. “That made it easy for me to perform,” he explained to HipHopDX during a recent press run through Los Angeles. However, he felt his music didn’t match the intensity of his live performance. “I was a really good performer, but my music wasn’t really matching that,” Dave B continued. “It made me work harder in music.”

Now, he’s building a sizable fan base in his hometown of Seattle thanks to late last year’s buzzworthy Punch Drunk. The nine-track project featured the Jake One-produced “Leaves” which successfully made the blog rounds before getting a video treatment in March. Meeting the Rhymesayers vet came through mutual friends. “I started going to the studio he has in downtown Seattle,” he explained. “I would go and pop up. Then, we started creating shit.” Looking back on the response of the project, Dave B saw it as his true breaking point. “At the time, I wasn’t in the ideal situation,” he said. “I was making music out of the basement trying to fight my way out of there.”

Meeting Dave B noontime Monday at The W hotel lobby with his Seattle homies, it’s hard to make up whether he’s shy or mad reserved. It’s the same day his collaboration with Brazilian soul man Sango “Got It” hit the web. “I don’t have any expectations for people, but this is way doper than what I could imagine,” Dave B says of the union initially kicking off through social media. “He’s way relaxed and chill person.”

Clearly, he likes everything relaxed, without commotion. He’s a soul head. Makes sense why his main inspiration would count Erykah Badu, Aaliyah, Andre 3000, Kanye West, Fred Hampton and Kirk Franklin. “They all were deep to me without pushing any agenda outside of making good music,” said Dave B.

Expect to hear more from Dave B this year who still has a reserve of music from the “50 or 80” songs created for Punch Drunk besides some domestic spot dates. Besides Rhymesayers and the success of Macklemore, Seattle’s new underdog is more concerned with his art than grandiose city representation. Doesn’t mean he lacks respect for the scene.

“There’s definitely a community for Hip Hop there and an artistic scene,” he describes. “I’m where ever I am right now. People lump you into a lane or whatever, but it’s about pushing feel good. I don’t know where that puts me.” One this is for sure, the music isn’t stopping anytime soon.