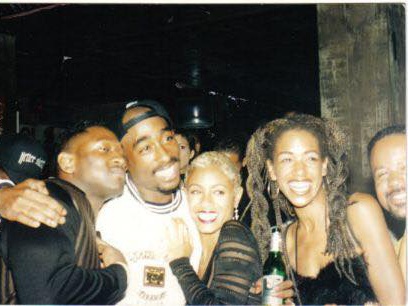 The Hip Hop community darted to their social media accounts yesterday to pen tributes and pay their own respects to Afeni Shakur, the mother of Rap luminary Tupac Shakur, who passed away on Monday night (May 2) at the age of 69.

Jada Pinkett Smith, who last year described her relationship with Tupac as “volatile,” has added her name to the long list of personalities paying tribute to the late Black Panther member, political activist and nationwide philanthropist.

Taking to her Facebook page, the actress reminisced on her fondest memories of Afeni, calling her “a giant in her own right.”

Today I woke up to the news that Afeni had passed. My first thought was of Sekyiwa and the entire clan that loved Afeni. Then I remembered that I was in NY to attend a Mother’s Day event named after a song written about Afeni, Dear Mama. My heart tightened and then all kinds of memories flooded in. I quickly remembered how calm Afeni was especially during any crisis. She always had a way of making me believe all would be well. But my fondest memories of Afeni was spending time with her at Jamine Guy’s house as Jasmine was writing Afeni’s book. Tupac had passed, and now I was a business woman, wife, and a mother and we could talk real and I mean really real. I got to see where Pac got his passion, his ideals for equality and justice but most of all his depth of thinking. Afeni was a giant in her own right. Today she is reunited with her son and Sekyiwa has two majestic angels to look after her. One for each shoulder. Rest in peace Afeni, and give Pac a hug and a kiss from me.

To read more Afeni Shakur tributes from the likes of E-40, Tyrese Gibson and Questlove, among others, click here.