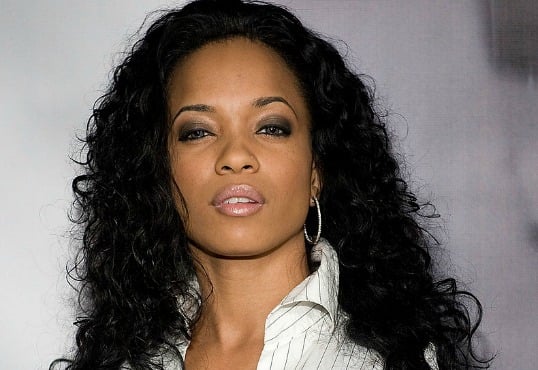 Karrine Steffans-Short has been called a lot of things over the years, most notably her Hip Hop-given nickname “Superhead,” for the way she well, y’know.

Beginning in 2005, she began to publish a series of books starting with Confessions of a Video Vixen and onward to The Vixen Diaries (2007) and The Vixen Manual: How to Find (2007), Seduce & Keep the Man You Want (2009), where she revealed several sexual trysts between her and several notable rappers, most famously Jay Z.

“Yes, I was one of Jay Z’s Beckys back in the year 2000 for about three minutes, which is about as long it takes me to satisfy a man in the back of a Maybach while overlooking the beaches of Malibu,” she wrote, referencing the “Becky with the good hair” lyric that had Rita Ora and Rachel Roy’s social media world implode over the past few days.

“Chauffeured away from the set, down the winding road, and closer to the shoreline, Jay and I feasted on our attraction to one another — rabidly and quickly. After just a few minutes, I lifted my head from his lap, wiped my lips, and knew we’d made a mistake. Over the next few years, I would see Jay again, as I became close with his then business partner Damon Dash. We never mentioned our Malibu melee and acted as if it never happened. My cousin Chuck would be livid.”

The cousin Chuck was said to be a close friend of Jay Z’s, who, after one phone call, allowed for Steffans-Short’s camera time in the Hype Williams video to be increased tenfold.

Elsewhere in the article, Steffans-Short used Beyonce’s “Sorry” lyrics to further elaborate on her failing marriage with Columbus Short, who was recently busted for failing a drug test while on probation; testing positive for cocaine and weed.

“I married a man with addictions and emotional afflictions,” she explained. “I did everything I could to get him help. His mother and I talked tirelessly about the resources available to us and how to get him to take advantage of them. But, he never did and I hurt myself trying. The alcohol, the cocaine, the other women, it all became too much and I raged. I cried. I mourned and still mourn the loss of my husband, my friend, my confidant.”

The anchor of the op-ed finds Steffans likening how Beyonce’s visual aspect of Lemonade and the Becky metaphor mirrors not only her life but women all across the globe.

Since we’re on the nostalgia tip, Jay Z’s “Hey Papi” music video can be seen below for reference.