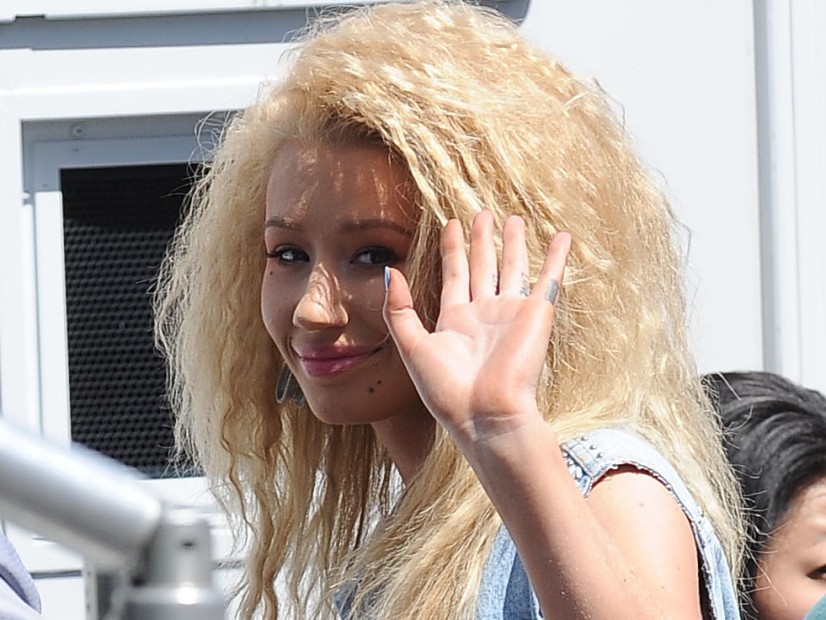 Iggy Azalea says Nick Young would “lose a quarter” of his meat if he cheats on her.

In a move straight out of the Lorena Bobbitt playbook, Iggy Azalea threatened to cut off her fiance, Nick Young’s penis if he was to ever find himself in another cheating scandal. Iggy addressed the matter during an appearance on 94.1’s Orlando & The Freakshow, after the topic of types of athlete wives was brought up.

The Aussie musician also revealed that in regards to Young’s alleged cheating, things like “bro code” shouldn’t matter if they’ve committed to marrying one another.

“[I don’t care] whatever bro code is or whatever unspoken code that is,” Iggy Azalea said. “I don’t really care because I have an actual spoken commitment that you’re gonna get married to me. And that involves not doing any of those other things. So, screw guy code. I’m not really concerned about guy code…I’m not cool with it. Like you will have half a penis. I already said ‘One more video. Just one more thing and you will lose a quarter of your meat.'”

Despite the damning video, Iggy Azalea and Young are still engaged.

Video of Iggy Azalea speaking on cutting Nick Young’s penis off, can be found below.