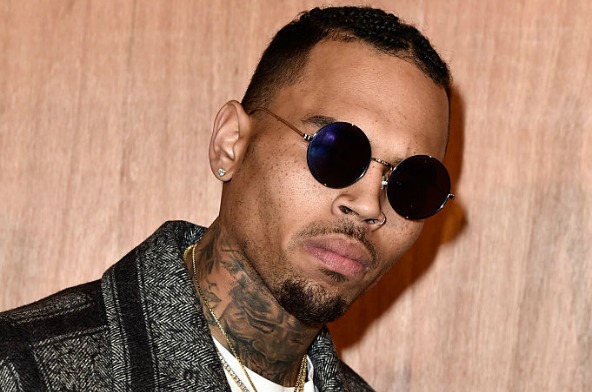 For whatever reason, Chris Brown decided to insert himself in Kehlani’s current life drama and he wasn’t shy about letting his feelings be known.

Over the course of 24 hours, the Grammy-nominated singer from Oakland went from being embroiled in a three-way cheating rumor between herself, NBA All-Star Kyrie Irving and PARTYNEXTDOOR, which cultivated into a suicide attempt in the early hours of the morning of March 29. Kehlani placed a great deal of the blame of her situation on social media cyberbullying, but Brown was having none of it.

“Girls be mad at a nigga for fucking around wit bitches but her DMs got more names then the Declaration of Independence,” Breezy tweeted before clearing himself of all speculation with the hashtag, “#YEAHIMTHROWINGSHADE.”

Brown, 26, then affirmed his allegiance to Irving with a #TeamKyrie hashtag before referencing Kehlani’s suicide directly.

“There is no attempting suicide. Stop flexing for the gram,” he said, regarding Kehlani’s Instagram post from her hospital bed. “Doing shit for sympathy so them comments under your pics don’t look so bad,” he wrote. “OK IM DONE. Guess she gone have to watch the games from a real “box” now. “THE TELEVISION” #OHB “OUTTA HERE BIH.”

Although it preceded Brown’s Twitter vitriol, Kehlani defended her actions against comments of the like before she erased her Instagram account: “Im tired of being called the “cry for help” cuz never in my life have I EVER asked a single soul to take pity on me no matter WHAT I’m going thru…No I’m not a CHEATER, a THOT, im a BELIEVER IN FOLLOWING YOUR HEART and not LYING TO YOURSELF. And in all aspects on everyone’s side, EVERYONE IS HAPPY AND HONEST AND MATURE. Social media is the goddamn devil. Go outside and play, you have your own lives to live that don’t revolve around “celebrities” or “socialites” who are simply trying to live lives like you.”

Chris Brown’s full, unprovoked Twitter rant can be seen below.