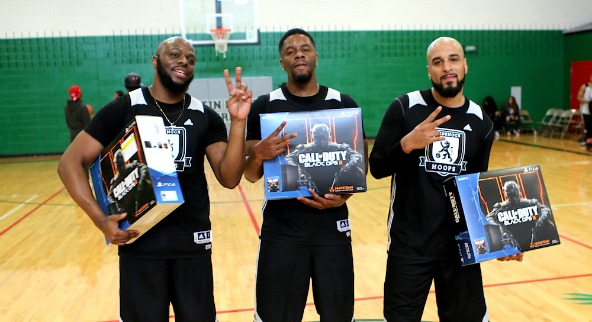 Austin, TX – For nearly a decade, Hard Knock TV has been giving rappers and music industry personnel an alternative event to engage in during the hustle and bustle of SXSW with its basketball tournament.

That culture was alive and well on March 19, 2016 for the annual Hard Knock Hoops tournament. Dorrough Music and his squad took home the first place—and prize, which was the Call of Duty: Black Ops III Limited Edition PlayStation 4 bundle this time around. The Dallas rap star is no stranger to winning, as he has been a member of the championship-winning team for the past two out three tournaments.

Check out flicks from the tournament below.