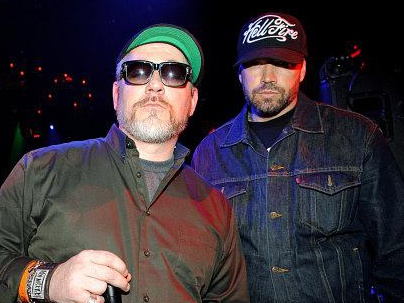 Katt Williams isn’t the only celeb breaking out the fists this week. According to the New York Post, a road rage incident involving House Of Pain’s Danny Boy, left the musician in handcuffs.

The website reports that Danny Boy, real name Daniel O’Connor, was in the passenger side of his friend, an off-duty NYPD lieutenant’s vehicle when it rolled through a stop sign in Williamsburg, Brooklyn, and almost struck pedestrian, Steven Cooper.

In response to almost being mowed down, the man threw an object at the car.

At that point, Danny Boy and the driver of the vehicle jumped out of the car, a 2016 Buick Lacrosse, and the rapper punched Cooper in the face. A brawl then broke out and the off-duty lieutenant was struck in the face, during the melee.

“The off-duty lieutenant was attempting to defuse the argument and, in doing so, was punched in the face by Mr. Cooper, causing pain and swelling,” NYPD spokesman Sgt. Brendan Ryan said, according to the New York Post.

As a result of the raucous incident, Danny Boy was charged with assault.