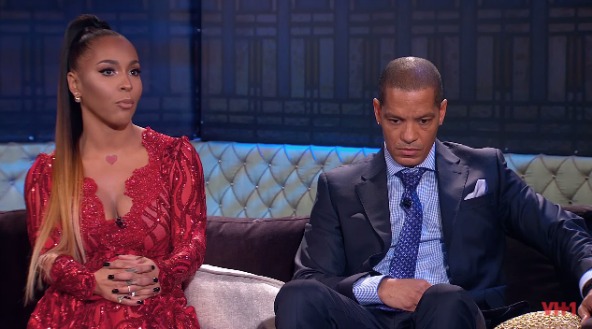 Amina announced during the season six reunion special Monday (March 21) she’s expecting a child with husband Gunz. Not only does this come after she aborted their first child together while Wallace was pregnant, this makes child number ten for the “Deja Vu” rapper after allegedly receiving a vasectomy. Wallace gave birth to Gunz’s 9th child in February.

“At the time, I was upset,” Amina said during the special. “I definitely overreacted, especially because she’s not the last person to have his baby. I’m pregnant.”

Buddafly later went to Instagram to explain her current situation with Gunz. Besides the children with Amina and Tara, Gunz has five other children with three other women.

Speaking with The Breakfast Club in early February, he had this to say about the example he was setting for his daughter.

“My daughter has came to me crying about a dude cheating on her,” said Gunz. “Now if she came to me about a dude putting hands on her that would be handled accordingly. But the cheating part, what am I gonna do? Go to the guy and say that’s wrong?” he asked rhetorically.

There is one reason and one reason only why I got pregnant again. Actually there is no "I" in this, its "WE"! But since i am the one carrying: "I Got pregnant again because I made love to the man I love." Now y'all can debate on why we did it until ya hair turns grey.. I feel good knowing that WE know and you just 'think' you know… A baby does not keep a man and being spiteful does not make you a winner! This is not a game. This is my life. But No matter what the circumstances were and are, I now feel happy to be expecting again and even happier to know I have the best baby daddy I could ask for. @petergunz174 I love you 4ever and I will never be scared to show or say it because of people. #babyBX ?

Watch the clip from the LHNNY reunion below.