Xzibit Humiliates Fan Teasing Him About "Pimp My Ride" 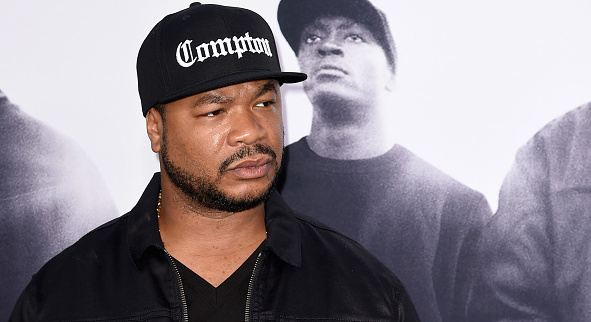 Twelve years ago, Xzibit emerged as a cable television mainstay when was hired by MTV to host the über popular show Pimp My Ride. The premise was set around everyday California citizens whose cash flow woes forced them to drive the junkiest of cars, to which they would get a surprise visit from the then Aftermath Records affiliate. At the end of each episode, the cars would eventually be upgraded with some custom (and often wacky) accessories that tailored to the driver’s personal preferences.

Yet, twelve years was a long time ago and anyone who still has PMR jokes on deck had better make sure they are bulletproof because the West Coast vet isn’t above spewing venom.

Just ask Twitter user @Alejandra_OVOXO, a self-proclaimed fan who tweeted X, “can you pimp my ride?” followed by a series of laughing emojis. The response “No bitch, shits been over for a decade. Get a job,” quickly went viral, racking up tens of thousands of retweets and stirred up backlash and applause for both parties involved. Xzibit also recently publicly mourned the loss of his grandfather Alvin Marsh, so the snappy response may have stemmed from other emotions.

Amid the ruckus, true fans inquired about a new album (his last album, Napalm, was independently released in 2012) to which he replied, “It’s being worked on as we speak. Thank you for the support.”

A 2015 article on Huffington Post revealed that the show’s compact 30-minute viewing time sometimes translated to months of headaches and inconvenience for the participants. It still doesn’t negate Xzibit’s contribution to one of the more entertaining series of the 00s.

Chunks of Xzibit’s Pimp My Ride exchange can be seen below.

No bitch, shits been over for a decade. Get a job. https://t.co/vvgU3MYXga

Oh, come on. I know the difference between a "Fan" and a "Troll" mind your business. #whysoserious https://t.co/jSYuwUc8Pt

Ok.On the show, when did you EVER see me work on a car? Exactly.The show was built off my credibility not mechanics https://t.co/LSBKeGIeKC

@xzibit @deepfreezefilms I actually was a fan.

Sometimes you gotta chop the head off a snake to remind them what you all about. Don't be surprised, just be careful. Ain't shit sweet. Carry on.