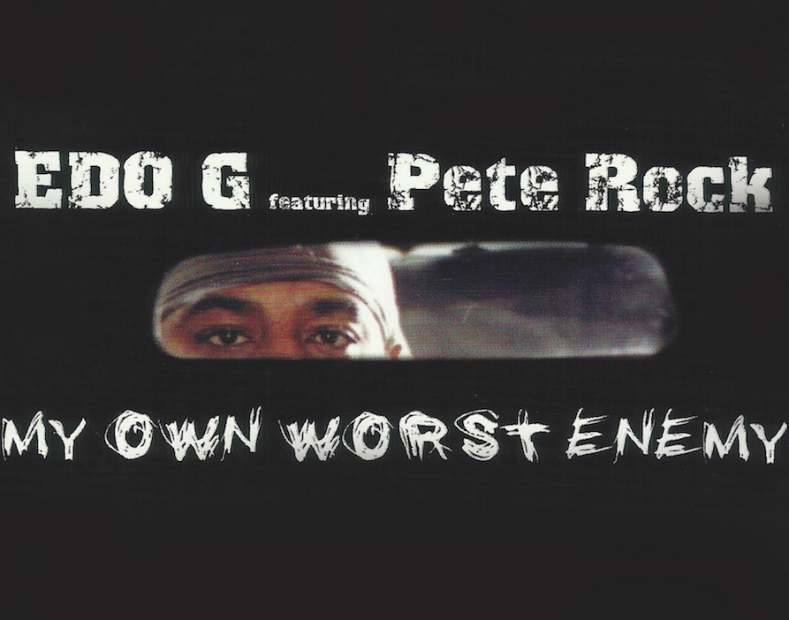 Boston, MA – EDO.G & Pete Rock are planning for the 12-year anniversary limited edition release of their collaborative My Own Worst Enemy album.

The digitally remastered project will be limited to a 500-piece pressing, which is due April 15 via Red Line Music Distribution.

“This collaboration album with Pete Rock was one of my best solo albums to date,” EDO.G says during an exclusive interview with HipHopDX. “Doing a whole album with Pete Rock fulfilled my Hip Hop dream. The dream was fulfilled for me when Pete Rock, who’s my all-time favorite, said he was in on making the album. I knew we would click and make some classics and we did.”

Adds Pete Rock: “One of the funkiest collabs I did in Hip Hop overground baby was with EDO.G.”

The new version of My Own Worst Enemy features bonus unreleased Pete Rock instrumentals, the never released original version of “Wishing” featuring Masta Ace, as well as the Pete Rock-produced “Shed A Tear” and “Jus Listen” songs, which were previously available only on vinyl.

EDO.G, who with Da Bulldogs broke through in 1991 with the singles “I Got to Have It” and “Be a Father To Your Child,” recalls the tedious process it took to make My Own Worst Enemy.

“It took almost three years to make,” he says. “Pete sending cassettes, CDs, no Internet. It was back and forth to NYC. Back then in 2002, you still had to work to make music that stands the test of time.

“The LP is special,” EDO.G adds, “because it was a chance to really get heard by my audience over one of Hip Hop’s best producer’s beats.”

The Pete Rock-produced “Shed A Tear” is as follows, as is a snippet of the original unreleased version of “Wishing” featuring Masta Ace.