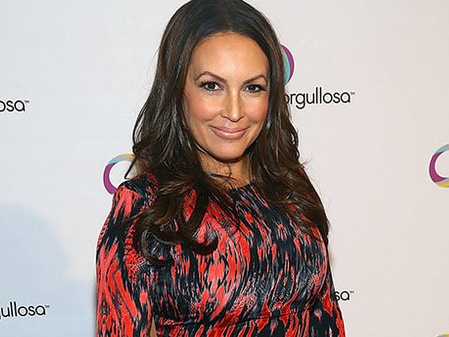 With the release of the cover art for radio personality Angie Martinez’s “My Voice” memoir, it has been revealed that J. Cole wrote the foreword for the book.

The Fayetteville, North Carolina lyricist serves as just one of the dozens of rappers Martinez has interviewed since her radio career first began in the 90s.

According to AllHipHop.com, Martinez’s memoir will touch on her unexpected switch from Hot 97 to Power 105.1, and a number of other topics.

“Writing this memoir has been one of the most challenging and rewarding tasks I’ve ever taken on,” Martinez said. “I’ve seen a lot and learned a lot, and I’m proud that I’ve been true to myself the whole way.”

Martinez will also detail her sit-down with the late Tupac Shakur, in “My Voice.”

During an interview with Complex News in 2014, Martinez recalled editing a nearly two-hour long conversation with the rapper down to just two minutes.

“Yes I toned it down and took out all that other inflammatory stuff,” the radio host said. “But I still didn’t want to misrepresent him. ‘Cause I didn’t feel like if something bad happened after that it was something I was gonna be okay with. Even now to this day I still have it. I been wanting to reach out to his mother. If his mother says, ‘Yeah, put it out’ then maybe I would just put it out.”

The cover to Angie Martinez’s “My Voice” memoir, which is scheduled for release on May 17, can be found below.