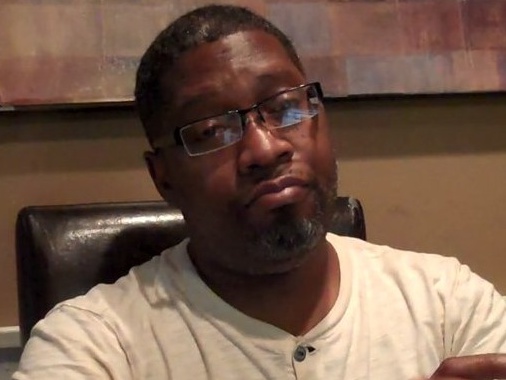 Daddy-O criticizes Rakim over “I Know You Got Soul” lyric.

“It ain’t where you’re from, it’s where you’re at,” a Rakim lyric that’s remained relevant for decades, but according to Stetsasonic’s Daddy-O, the lyric is a lie.

“He fucked everything up, they think he’s the best MC,” Daddy-O said. “It’s always been about where you’re from. Any MC worth his salt is gonna talk about where he’s from…The reason Rakim can’t make records now is because he has nothing left to talk about.”

Daddy-O offered his thoughts on a number of other rappers, during his interview on Sway’s Universe. He revealed that he’d like to one day mentor Chief Keef and Rick Ross, he called J. Cole and Kendrick Lamar egotistical, and labeled Foxy Brown “an idiot.”

The Brooklyn-born musician also shared the motivation behind naming his latest project, Everybody But KRS. According to Daddy-O, who spoke on the importance of competition in Hip Hop, KRS-One is one artist that he doesn’t think he could beat, lyrically.

“Competition will always be the cornerstone of Hip Hop,” he said. “I looked at my peers. Chuck’s really not included cause me and Chuck is like the same person. But then I thought about who I could beat. And who I couldn’t beat. And the only name that I came up with that I couldn’t beat was Kris [KRS-One]…I have influences and when I look at my heroes, it was always about the next step.”

“The best that we can ever do is support them,” Daddy-O said. “I’m so mad at us because I feel like we dropped the ball. I feel like when we was making what we was making, we didn’t think of legacy. We didn’t think we were gonna have to pass it on to anybody. And so, if we complain about Young Thug, it’s like ‘Nigga, it’s your fault. Daddy-O it’s your fault that he wears a dress’…We left a blueprint, but just more like ‘Look at what we do.’ We didn’t say to Thug, ‘We want you to do this.'”

Video of Daddy-O speaking on Rakim, can be found below.