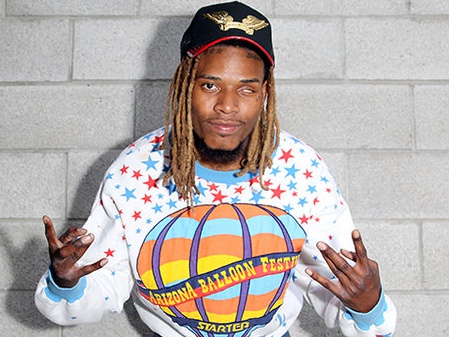 During a video interview with Clique, New Jersey rapper Fetty Wap was asked about the time it takes for him to craft a record. According to the musician, in only a couple of hours he’s typically able to create four to five songs.

Additionally, Fetty added that if he and fellow artist, Young Thug were to ever collaborate on a project, they could likely complete it in just one night. Despite the pair’s ability to speedily create an album, Fetty says there’s no pressure to release a joint album just yet.

“It don’t really take that long for me to do a song,” Fetty Wap said. “In three hours, I probably make like four, five songs…Probably like a night. I mean, we both moving right now. So, whenever we both got time to sit down and really go in. Cause whenever I be in Atlanta we always be together. I’m always in the studio with him…He don’t push the issue. I don’t push the issue. We just cool. We just two artists that fuck with each other. And when that time comes, I guess we’ll really get down to it. We’ll do that. But as of right now, we just making music.”

Later in his interview, Fetty Wap clarified that his success was far from overnight. According to the musician, he pushed “Trap Queen” for two years before the song finally broke.

“A lot of people say I came up overnight,” he said. “It was an overnight success. And people don’t know that I was pushing ‘Trap Queen’ for two years straight. Only one song for two years. So, if two years is overnight then that’s a long ass night…It’s all up to you. If you wanna stay where you at, you gonna stay where you at. If you wanna move forward, you gotta push yourself to move forward. And that’s what I did.”

Video of Fetty Wap speaking on the possibility of a joint album with Young Thug, can be found below.