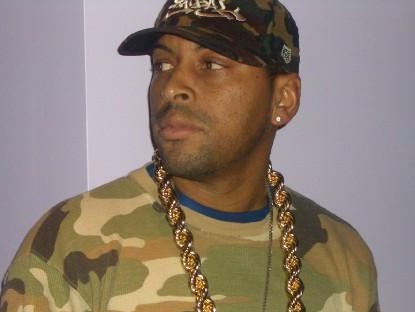 Arabian Prince says things still aren’t right with Ruthless Records after he sued the company in 2009 over unpaid royalties, including for the licensing of J.J. Fad’s “Supersonic,” produced by Prince, for Fergie’s song “Fergalicious.”

The Inglewood, California rapper says after Eazy E died, royalty checks just stopped and he set up a meeting with Eazy’s widow, Tomica Wright, to sort out the details.

The meeting led to a lawsuit that lasted for years before they settled out of court.

Prince says the royalty checks have stopped once again and J.J. Fad still has not been paid all of their money from “Fergalicious.”

“Just be fair to people,” the former N.W.A. member says in an interview with VladTV. “If you weren’t there, yeah I know you own the company now, but you weren’t there. Take care of the people that keep you paid. That’s all you got to do. There’s enough money out there for everybody.”

Elsewhere in the interview, Arabian Prince recalls his last moments with Eazy E.

“I went to Yella‘s birthday party and I remember seeing Eazy right before he went into the hospital,” the 50-year old rapper-producer says. “He looked fine to me. It didn’t look like anything was wrong with him to me. Next thing I know he’s in the hospital and then the next thing he’s gone like that. It seemed weird to me.”

The full Vlad TV interview with Arabian Prince is as follows: