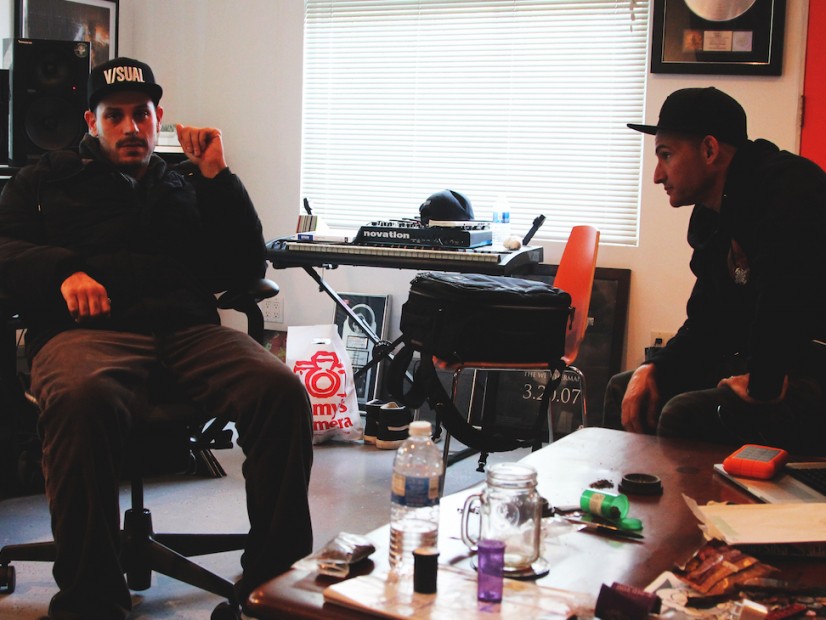 The nine-track project is scheduled for release Friday (March 4). It features Madchild, DJ Romes and DJ Babu, and is produced by Evidence.

“I can do many styles, but my fans seem to love me over that classic boom bap type sound,” CookBook says in an exclusive statement to HipHopDX. “So I thought, ‘Who better to go to than the homie Evidence?’ Ev’s style is timeless, and he epitomized the vision I had for this EP series. He’s one producer who’s production would draw something different out of me, and who would challenge me lyrically. Because of that, A Whole New Cook is truly my best work yet.”

For his part, Evidence crafted the sonics in a particular way.

“I just left the beats raw and mostly slow so you can hear what Cook is saying,” Evidence says in an exclusive statement to HipHopDX. “With all the new programs and accessibility to so many tools, people can end up making beats that sound like they’re battling the rapper instead of letting him or her shine. So it’s samples and drums – and not much more.  Cook has a lively energy so I think it’s gives it some contrast, not just both people going in the same direction. I’m honestly surprised he could even rap in here with the mass amounts of weed clouds and minimal ventilation. The features ended up being whoever popped by while we doing this EP – nothing forced, as it should be.”

CookBook rose to prominence as a member of Rap group L.A. Symphony more than a decade ago. More recently, he released in 2013 both the Phantom Menace EP with DJ Rhettmatic of the World Famous Beat Junkies and Yes with Blu.

The A Whole New Cook EP stream via Soundcloud, cover art and tracklist, which CookBook is releasing exclusively through HipHopDX, are as follows: