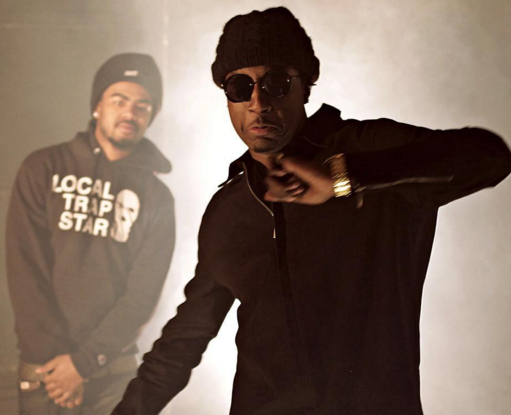 K Camp Aiming To Do An EP With Wiz Khalifa

Los Angeles, CA – “I know melody real well,” K Camp tells the HipHopDX staff without a hint of braggadocio in his voice.

The track record literally speaks for itself, making the statement hardly far from the truth. Since his breakout year in 2014 when he gave the general public two instant hit records with “Blessing” and “Cut Her Off,” the radio presence has been somewhat of a staple for the hitmaker who burst out of the scene from Atlanta and also spliced his government name Kristopher Campbell to create an unforgettable stage name.

Last September, his debut album Only Way Is Up did exactly nearly ever bubbling hotshot, XXL Freshman’s debut project does: it came and went–but not without strengthening the discography with loads of material to tour on.

Now, with the album blitz out of the way, the 25-year-old rap star has taken a little time to cool his jets in the travel sense, which means he has been heating up in the studio in the interim. He’s made the address switch to L.A. from ATL, which brings him closer to a number of Hip Hop peers. Last week, Camp stopped by the DXHQ to preview a slew of new music as he decides whether or not a new album, mixtape, EP–or collaboration with said Hip Hop peers.

“I be in different moods,” Camp says of his versatile recording habits. “Sometime I just want to do a lot of club shit and then sometimes I want to be in album mode and make that real ass shit where I’m really rapping. It just depends; I be feeling really emotional about that. Not in a bad way–don’t get it twisted,” he chuckled.

K Camp is also in the fortuitous position to actually enjoy his label situation with Interscope. If there’s one thing being a prominent Hip Hop artist has taught fans and rappers alike is that record labels are oft seen as the anti-everything. Camp not only speaks highly of his label, he admits that it’s he that’s holding back releasing new material as he’s been given the green light to fire when the bullseye is best aligned.

That means he wants to elevate his status (visibility wise) and use his newfound Cali home to his advantage, by being in close proximity to Wiz Khalifa in hopes of recording a joint project.

“I’m trying to do [an EP] with Wiz Khalifa,” he says when asked about the possibility of doing one with his frequent collaborator, 2 Chainz. “That Taylor and that Slum is going to be crazy. Wiz says he with it.”

Later on in the Music Meeting, he reveals that being slept-on hasn’t slowed his hustle. It’s actually been his catalyst to the upcoming endeavors.

“I feel like I should be bigger than what I am,” Camp says before highlighting on the amount of “big stuff” he has in the works. “I got a lot of stuff going…on the inside I have some switch around and reconstruct so now it’s time to really make some shit happen.”

Only way is up, indeed. Watch and listen for the handful of gems K Camp previews in the video on our Facebook (and don’t forget to Like the page).