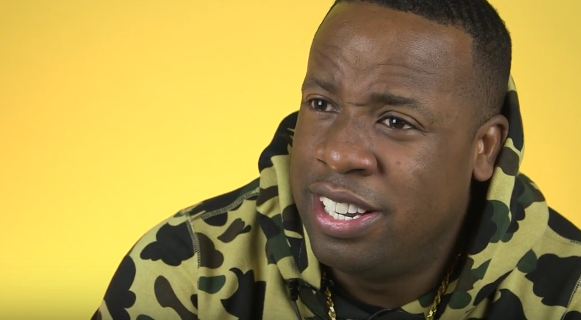 Yo Gotti recently sat down with Genius’ Rob Markman to break down some of the heartfelt lyrics on his song “Momma,” a cut that features on the rapper’s recently released album, The Art Of Hustle.

During the song’s intro, Yo Gotti raps: “Yeah, this might be the realest shit I ever wrote.”

Expanding on the aforementioned line, Yo Gotti said: “These are facts, this isn’t some shit that sounds good; it’s not a metaphor. These are actually facts, so this is the realest shit I ever wrote.”

Elsewhere in the song, Yo Gotti raps about living how his Mother taught him: “Momma, I’m just living how you taught a nigga / Said I ain’t raising no pussies, I got one daughter, nigga.”

“When she found out I was hustling, she let me know what comes with that,” Yo Gotti said when asked about the aforementioned line. “‘This fed time, this state time and you gon’ do it. If you get caught with it, if you get caught up, you going to jail and you gon’ do your time, and you ain’t tellin’ on nobody. Ain’t no sucker shit going on. You gon’ be a man. You gon’ hold yours down and this how this shit go.’”

At the end of the song’s third verse, Yo Gotti raps about purchasing a restaurant for his Mother in their hometown of Memphis: “Momma, gave me the game and for Mother’s Day / I spent a million and a half for you on Privé / And you the owner I’m a worker / This shit yours do what you want to you deserve it / Momma.”

“Privé is the restaurant I bought for my momma,” he said. “We bought the land, we bought the building. It took us two years to open it and we gave it to her for Mother’s Day. Anybody who know my momma know she love to cook, so it was like, ‘Here goes something to do and you’re still gonna get your money.’ Don’t get it twisted now, my momma and ‘em are still about their money. You just can’t give them nothin’, they still wanna go get their own money. They’re true hustlers.”

In HipHopDX’s review of the album, William Ketchum III writes, “The Art of Hustle succeeds when Yo Gotti lets his guard down and conveys his emotions authentically, whether they’re brash or vulnerable. ‘Momma’ tenderly appreciates his mother’s sacrifices and recounts family road trips to Kentucky.”

Yo Gotti’s interview with Genius, whereby he explains the meaning behind his emotive “Momma” lyrics, can be viewed below: