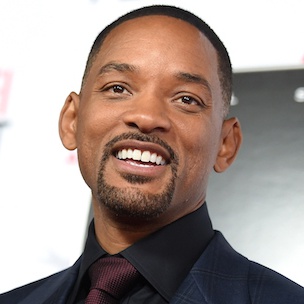 Will Smith says he “may have gone too far” with the amount of freedom of expression given to his children, talks Bad Boys sequel.

During an interview with BBC Radio 1Xtra’s A.Dot, actor Will Smith was asked about his family, specifically his children and the freedom of expression they’re given. In response, Smith jokingly stated that “we may have gone too far.”

He later spoke on his son, Jaden Smith, who was recently featured in a campaign for Louis Vuitton’s new, womenswear collection.

“There’s a really powerful, internal quality as an artist that as parents we encourage,” Will Smith said. “You gotta get out on the edge. You have to try things. You have to be comfortable doing things that people don’t agree with. And you have to be comfortable doing things that you could fail. And Jaden is one-hundred percent fearless. He will do anything. So, as a parent it’s scary. It’s really terrifying. But he is completely willing to live and die by his own artistic decisions. And he just doesn’t concern himself with what people think.”

Smith later revealed that he was unable to star in the upcoming, Independence Day sequel because of his schedule. He also stated that after seeing fellow actor Martin Lawrence for the first time in two years, a Bad Boys sequel is “definitely” happening.

“It was one of those things—I had a couple of films lined up,” he said. “I had Concussion and Suicide Squad. And so, it was a decision timing wise between Independence Day and Suicide Squad…The world is in a place of nostalgia right now. Specifically in entertainment, there’s such a pull for nostalgia. So, it was just the perfect opportunity and it didn’t work out…I saw Martin a few weeks ago. And I hadn’t seen him for about two years. And we just looked at each other. And we hugged. And in that moment, we both knew we were making another Bad Boys. So, we’re definitely doing another one.”

Video of Will Smith speaking on the possibility of a Bad Boys sequel, can be found below.