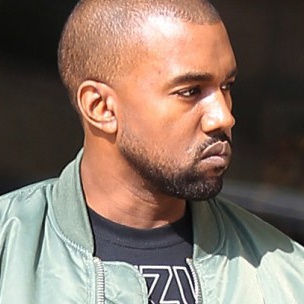 Kanye West says he’s only responsible for one to two percent of the work on his new album.

According to rapper Kanye West, his upcoming album is God’s dream, “a dream that can’t happen without God.” As a result, ‘Ye says he’s only responsible for a small amount of the work that goes into the album, while God handles the rest.

During an interview on Big Boy’s Neighborhood, he also revealed that his mother, Donda West and the late Robert Kardashian, have also intervened in some way to assist with the creation of the album.

“I’m trying to open up hearts, minds…I am offended by the word ‘luck,’” Kanye West said. “For the amount of work that I put in. And the fact that this is a God’s dream…It’s a dream that can’t happen without God…I’m still only doing one percent, two percent of the work. And God is doing the rest of the work. My mom is finding—had Teddy Riley change his flight and come back to the studio. Robert Kardashian is making sure that all the deals is getting done. He’s still doing deals for controversial black people from up in heaven.”

Kanye also informed fans that despite the numerous titles that have been thrown around, there is no title for his album yet.

“We don’t have a name yet,” he said. “I wanted to get people’s opinions on how they felt. I feel like—What I’ve really come to realize about being a celebrity or a musician or someone that’s on the other side of the internet or TV is everybody is our family. As family, if something bad happens you gon’ hear about it…We are everyone’s family. So, I feel like what’s really cool about when people can tweet or comment or chime in or say the vibrations they felt about something. It’s like we can have this continued conversation. It’s so many times in my career that people thought I was gonna be outta there, no more. But obviously I have made a connection with people. A family level connection.”

The Chicago lyricist later confirmed that a phone call between himself and Wiz Khalifa did happen following their social media feud. He also shed some light on a picture of Kim Kardashian and Amber Rose, which the two both posted to social media.

Kanye revealed that the picture is real, and added that it was taken at Kris Jenner’s house.

“For people who felt a way about the kids comment, I ain’t mean it in a harmful way,” the rapper said. “I just saw my wife’s initials and reacted because that’s my family…That’s the mother of my kid. And I’m ‘Ye…It was great to have closure. It was great to just talk.”

Audio of Kanye speaking on his phone call with Wiz Khalifa, album title, and more, can be found below.