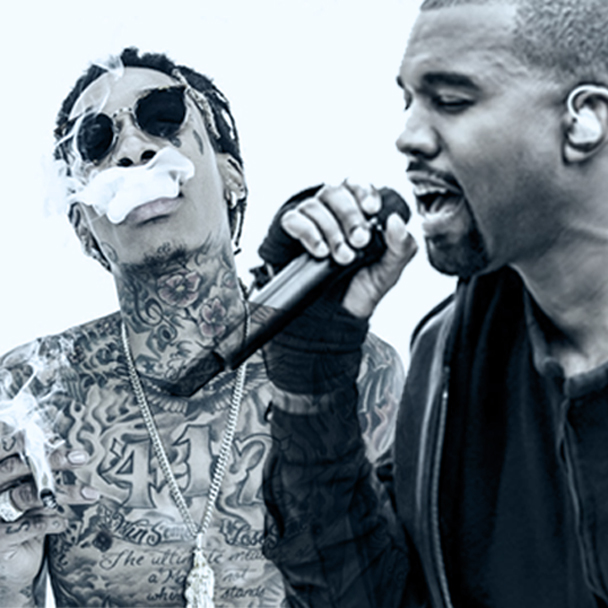 This week, Kanye West and Wiz Khalifa engaged in a heated back and forth over Twitter after the latter disapproved of the retitling of Kanye West’s forthcoming, seventh studio album, which is now titled WAVES. Elsewhere this week, Tim Westwood dropped off a previously unheard Eminem and Proof freestyle from 1999 and lastly, Otaku Gang release a Drake, 50 Cent and Future mashup.

In the DX Daily published Wednesday (January 27), HipHopDX’s Editor-in-Chief Justin Hunte discussed the now-famed Twitter exchange between Kanye West and Wiz Khalifa. Throughout the Daily, Hunte gave a complete rundown of everything that was said between the two artists, as well as highlighting some of Hip Hop’s reaction to the whole episode, including that of Chicago emcee Mick Jenkins, who, just last year, released a mixtape titled Wave[s].

Famed British deejay Tim Westwood let loose a previously unheard Eminem and Proof freestyle earlier this week. The near 13-minute back and forth was originally recorded in 1999, around the same time of Eminem’s first major label debut, The Slim Shady LP.

Otaku Gang released a mash-up of Drake, 50 Cent and Future earlier this week. The cut, which is a mash-up of Drake’s “Over,” 50 Cent’s “Patiently Waiting” and Future’s “Fuck Up Some Commas,” acts as the soundtrack to the new computer game, “Meeky Mill.” In the game, users play as Meek Mill running through a series of obstacles collecting coins while avoiding bombs labeled with an “L” thrown by Drake and 50 Cent. The goal is to reach $1,000,000 before taking too many Ls.