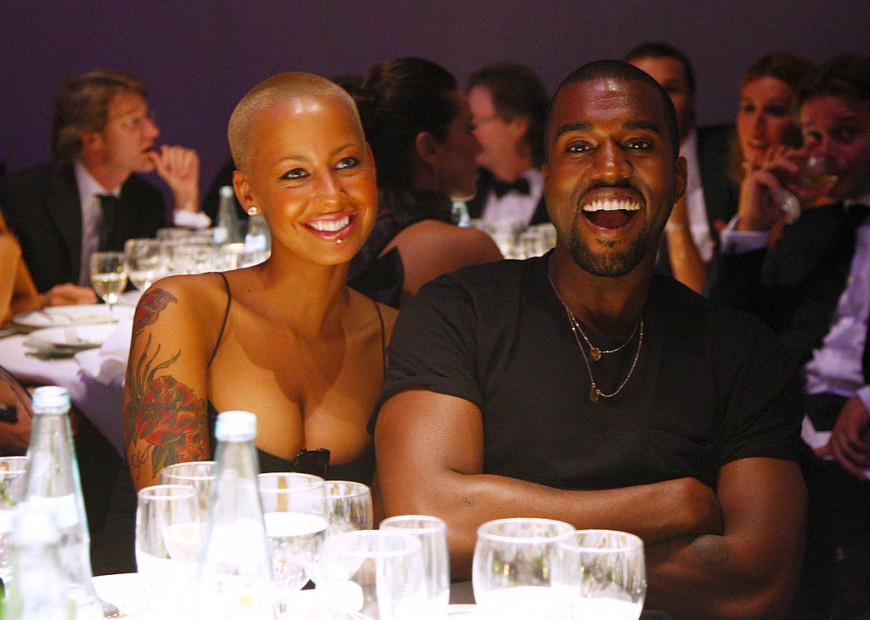 Amber Rose Blasts Kanye West For Getting His "Booty Fingered"

Kanye West had no issues in taking the gloves off during his social media lynching of Wiz Khalifa earlier today (January 27) but now his Twitter rant has spawned a new, yet familiar enemy.

During his 20+ tweet extravaganza that was an unfiltered response to Khalifa’s disapproval to his new album title, Kanye made mention that he “owned” the couple’s toddler son, Sebastian, and naturally, the mother bear is always going to defend her cub.

Awww [Kanye West are u mad I’m not around to play in ur asshole anymore?,” Amber tweeted with a “#FingersInTheBootyAssBitch” hashtag and index finger emoji to boot.

The personal jab appears to have been a long time coming.

During his February 2015 Breakfast Club interview, Kanye let the vitriol spill, alleging that he had to take “30 showers” just to get a date with his current wife, Kim Kardashian.

“She’s just soakin’ in the moment. If Kim had dated me when I first wanted to be with her, there wouldn’t be an Amber Rose,” he stated, matter-of-factly.

Amber Rose responded to the hygiene swipe with hesitation, revealing that she did have information to share but would opt for the high road. Now, said road has fallen like the sets in San Andreas.

The damning tweets can be seen below.

The origins of this bizarre beef can be learned from the following DX Daily.