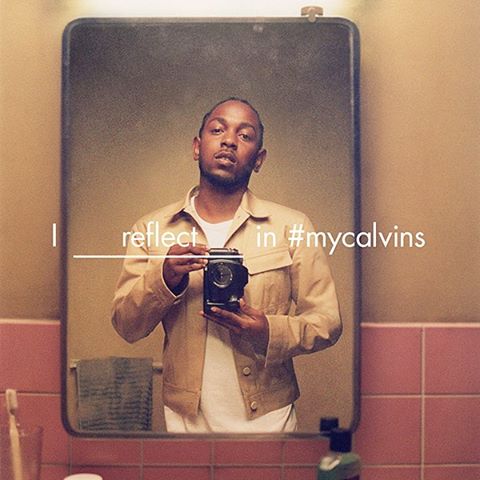 Kendrick Lamar, Joey Bada$$ and Fetty Wap star in Calvin Klein’s latest advertisement. Each of the artists shared images of themselves in the Calvin Klein campaign on social media as well.

The overall theme of the campaign is “I ____ in #mycalvins.”

“I reflect in #mycalvins,” Lamar writes for the caption of a photo of himself holding a camera in a mirror.

“I pledge in #mycalvins,” Bada$$ writes for the caption of himself in front of a bunch of news microphones.

“I make money in #mycalvins,” Fetty Wap writes for the caption of a headshot of himself.

I reflect in #mycalvins @calvinklein