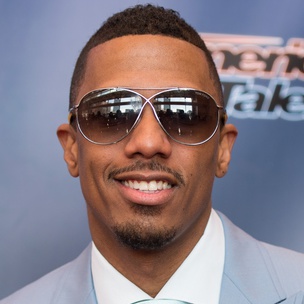 This week, actor Nick Cannon joined a number of entertainers who have offered their thoughts on the lack of black nominees at this year’s Academy Awards. On Sunday (January 24), he posted video of himself reciting his “Oscar” poem, on his Facebook page.

The poem lasts a little over two minutes, and in the video footage, Cannon can be seen reciting the poem while sitting in a stairwell.

Not only did Cannon address the Oscars in his poem, he also touched briefly on the deaths of Sandra Bland and Mike Brown, the allegations against Bill Cosby, recent deaths in Syria, and other domestic and international issues.

At one point, he referenced a lyric from Jay Z’s “Money Ain’t A Thing,” before addressing Chris Rock hosting the Oscars.

“Like Hov say, Save the accolades, just the doe. You in this show for the business, or this business for the show? Talent and brilliance? Hands down, man we got that shit. That’s why I told Chris, man go ‘head and rock that shit,” Nick Cannon said in his poem.

Cannon’s “Oscar” poem concludes with the words “Don’t Be Distracted” shown on the screen.

Video of Nick Cannon reciting his “Oscar” spoken word poem, can be found below.