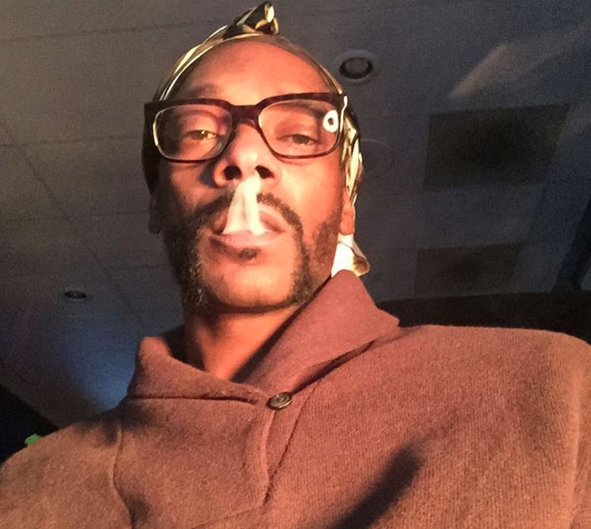 Backlash for the upcoming 88th Academy Awards is at an all-time high in the wake of the controversy of African-American actors and actresses being shut out of the nominations for the second consecutive year. The one sole beacon of black culture lies with Straight Outta Compton’s nomination for Best Original Screenplay but a close examination of the facts will show that no writers of color had any contribution to that particular area of the box office smash.

Since the unveiling of the nominations, visible names such as Jada Pinkett Smith, Spike Lee, Michael Moore and been vocal about their intent to boycott the ceremony while other stars in Don Cheadle, David Oyelowo and Will Packer have sparked conversation from their reactions.

There is even a call for host Chris Rock to relive himself of his duties as the February 28 air date approaches and now Snoop Dogg is also making headlines for his disgust over the lack of diversity in the award show.

The well traveled rap star’s commentary went viral yesterday after he made a video lashing out that Oscars, that was littered with choice quotables.

“I normally don’t make comments on political shit or shit that be going in the media,” Snoop, 43, admitted. “But I watched my sister Jada Pinkett speak on the Academy Awards and how they don’t really fuck with black folks but they use us for how they use us. I feel the same way in the music industry with the Grammys. Being nominated for 16-17 Grammys and never winning one so I kind of like feel what she’s saying as far as great performances never being acknowledged.”

However, Snoop made it clear that he wasn’t looking for a handout.

“Fuck the Grammys. Fuck the Oscars. Fuck all that old slavery bullshit-ass awards show,” he fumed.

Earlier today (January 20), Snoop revealed that he had awakened to several messages from his publicity team urging for him to change his tune and apologize. The saying goes “you can’t teach an old dog new tricks” and this D-O-G-G wasn’t having it.

“I got some messages from publicists and shit saying ‘Snoop you outta apologize and take back what you said’,” he groggily exclaimed in the newest video. “I guess this is the day where the nigga comes and and says, ‘I’m so wrong for what I said’–man fuck that! I could give a fuck about an award and winning one. All I’m saying is…you must respect those who do great work and the craft that they do.”

He also doubled down on his f-bombs towards the Academy.

On January 18, Academy President Cheryl Boone Isaacs recently released a statement that touches on the controversy surrounding this year’s show.

Both of Snoop Dogg’s profanity-laced videos can be seen below.