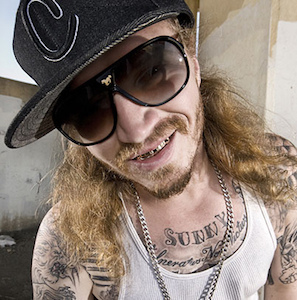 Known battle rapper Cadalack Ron has passed away, according to numerous sources including BattleRap.com and the official King Of The Dot Facebook page.

Born Robert Paulson, the Los Angeles-based emcee’s cause of death is currently unknown but his presence in the battle rap world is renown. He often confronted conflict in music and was both criticized and beloved by those who followed his career. KOTD remembered him as “a friend, a brother, a son and perhaps most importantly, a father” when he wasn’t doing music.

Last October, in celebration of Halloween, Daylyt shot Cadalack Ron with a paintball gun at the “Malcolm X Vs. Klansman” battle. Ron began his performance by attempting to burn a gay pride flag. He prefaced the battle and any potential controversy by saying his intent was to denounce Ku Klux Klansmen.

Through his music, Ron often described in great detail the trials and tribulations experienced throughout his life.

HipHopDX would like to extend its condolences to Robert Paulson’s family and friends.