Joey Bada$$ Explains Why He Never Has Expectations 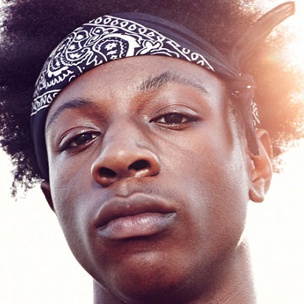 Joey Bada$$ reveals why not having expectations has helped him.

During a newly-released interview with Jen DeLeon, Joey Bada$$ was asked to share the life lessons he’d like to give his fans. The first life lesson the Brooklyn, New York lyricist offered was to drop expectations.

He explained that when expectations are high, so are the chances of being let down.

“When we start to expect things, we raise the chances of us being let down or upset,” Joey Bada$$ said. “For example, you’re expecting somebody’s tape, somebody’s mixtape. Your expectations is like ‘Yo, its’ gonna be so great. It’s gonna be so bomb.’ And then it comes out and it’s not so bomb. And you’re kinda disappointed. Apply that to all aspects of life though. All aspects of life. Even when you going into a meeting or you’re meeting up with someone. Just don’t expect anything.”

In regards to his second life lesson, Joey revealed that it’s to not take anything personal.

The rapper was also asked what the biggest misconception people have about him is. According to Joey, his amicable nature tends to catch people off-guard.

“It’s a lot of things,” he said. “People sometimes they have this expectation for me. I don’t know what kind of things they expect me to say or something like that. The reality of it is I’m an extremely outgoing person. Super extroverted. I love making friends. Love being social. Stuff like that. Sometimes people see me and I guess they expect me to be a little more reserved. I’m not really too shy. I’m a loving person. People person. I’m gonna say what’s on my mind…When it comes to rap, I guess they have a misconception.”

Video of Joey Bada$$ speaking on dropping expectations and not taking anything personal, can be found below.