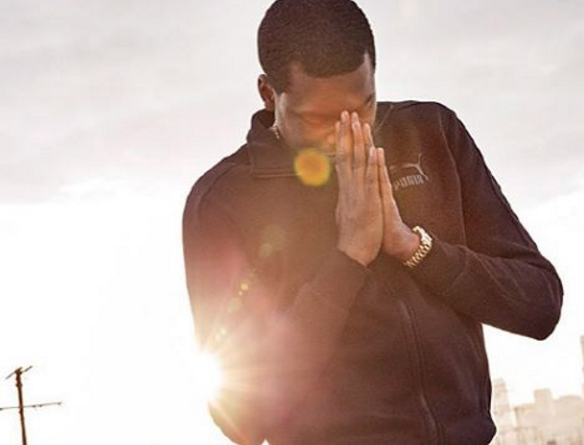 The general consensus amongst the Hip Hop community is that Meek Mill has a lot of ground to make up for after the 2015 he recently endured.

The MMG lieutenant apparently has taken heed to the unsolicited advice evidenced from the surprise release of his new EP, 4-4.

Over the course of four tracks, the Philly rhymer blitzes through the bass-heavy production with the staccato lyricism he’s renown for. He also found time to send shots at his arch-nemesis on the song “I’m the Plug Freestyle” where he answers the infamous “Back to Back” line with coldhearted libel like, “Was that my girl tour or the world tour?/I do not know what you pussy niggas going for / This that 100k a night when you perform tour/Swimming in that good pussy while you on tour.”

“I know Meek Mill,” the “Hot Nigga” producer said. “I just feel like we made history. This is the first real beef in the social media age. Two top artists. Meek is coming off a number one album. Drake been accomplishing so much.”

Obviously, the opinion was accurate. Listen to the 4-4 EP down below while Dreamchasers 4 finishes baking in the oven. A label rep for Meek Mill confirmed to HipHopDX that the EP’s title doubles for the mixtape’s release date, which is slated for April 4, 2016.

For additional Meek Mill coverage and his vendetta with Drake, watch the following DX Daily: