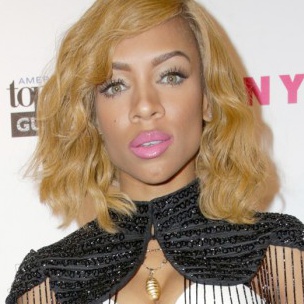 According to Lil Mama, the reason why she was emotional during her 2011 interview with The Breakfast Club was because of her mother’s passing. During her recent appearance on the radio show, she also discussed the various memes that resulted from her past appearance.

Lil Mama explained that she isn’t bothered by the memes since she’s able to see the humor in them.

“On a serious note, the reason why I got emotional is because I was talking about my mother,” Lil Mama said, during an interview with The Breakfast Club. “And at the time, I hadn’t really come out about how I felt about it. I went through a phase where in that moment when I came to talk to y’all, that was the first time I ever sat down with a group of people and discussed it…I posted mine [her The Breakfast Club meme] because when I posted mines, it was one of those things where I was able to relate to the comedy around it. I wasn’t even looking at it like ‘Oh, it’s sad that I lost my mom and I was crying. There’s a meme.’ I wasn’t that deep into it at that moment.”

After speaking on her 2011 interview on The Breakfast Club, Lil Mama shared her biggest gripe with the music industry. According to the Harlem, New York rapper, veterans in Hip Hop don’t encourage up-and-coming artists to foster their own sound.

“I feel like in this industry, I got a problem with a couple of things,” she said. “A lot of vets don’t really tell people, especially of my generation, what’s really good. Nobody is really sitting down like ‘Yo, that’s trash. What are y’all doing? Where you from? Oh, you from New York. Where you from? Oh, you from Cali. Alright, y’all don’t have to have the same sound. It’s okay to add to that sound and do a little bit to it to show ‘Hey, I’m versatile. I can do that too.’ But stick to your sound. What’s your thing that you do? What’s new that you thinking? That you’re creating. That you could come up with.’ And push that artist to do that. That’s lacking in the music industry.

Video of Lil Mama speaking on her emotional appearance on The Breakfast Club, can be found below.