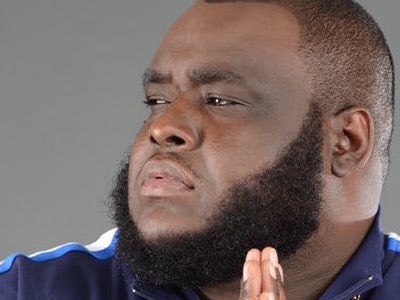 Thi’sl’s Against All Odds album stream is now available to stream via Spotify.

(The most recent post in this thread was published March 7, 2016. It is as follows.)

Thi’sl’s Against All Odds album is now available for pre-order on iTunes.

According to the tracklist, Against All Odds, which is scheduled for a March 22 release, is slated to have 10 songs. Fellow St. Louis rapper Flame appears on “Help Me Find My Way.”

The Against All Odds LP is to be accompanied with the release of an autobiography of the same name.

Thi’sl has worked with Scarface and Dee-1. His last project was the Heavy is the Head mixtape, which was released in August.

Thi’sl’s Against All Odds cover art and tracklist are below:

Thi’sl has updated the release date for his Against All Odds album and autobiography, per a press release.

The St. Louis rapper has pushed back the release date for both projects, and they are now scheduled to release March 22.

“The album is a musical autobiography,” Thi’sl says in a press release. “It’ll take the same approach as my Chronicles of an X-Hustler album, where it has narration between songs, mid-tempo, heavy-hitting beats and songs which talk about specific situations that lead up to redemption.”

Thi’sl released his Heavy Is The Head mixtape in August with features from Scarface and Dee-1.

(This article was first published on January 7, 2016 and is as follows.)

Thi’sl announced his seventh studio album, Against All Odds, and an autobiography of the same name today (January 7) via Rapzilla.

The book is scheduled to release first, on February 23. The music is set to drop February 26.

“I’m excited for people to hear the album,” says Thi’sl, who has worked with Scarface and Dee-1, among others. “I think it’s some of the best music I’ve ever made. The album is actually like a soundtrack to the book. And I’m even more excited for people to read the book. It’s my most honest work ever. It was scary and therapeutic at the same time.”

The book’s forward will be written by fellow St. Louis emcee Flame. The autobiography is said to detail This’l’s journey from poverty and a first-degree murder charge to a successful rapper and businessman.

“I just wanted to share what God has done for me with others,” Thi’sl says, “hoping people will read this and see that no matter how much has happened to you, or how much you’ve done to others, there’s still room for God’s grace to change your life.”

Thi’sl released his Heavy Is The Head mixtape in August with features from Scarface and Dee-1.

He appeared on Lecrae’s Church Clothes mixtape and his 2011 album, Rehab: The Overdose.